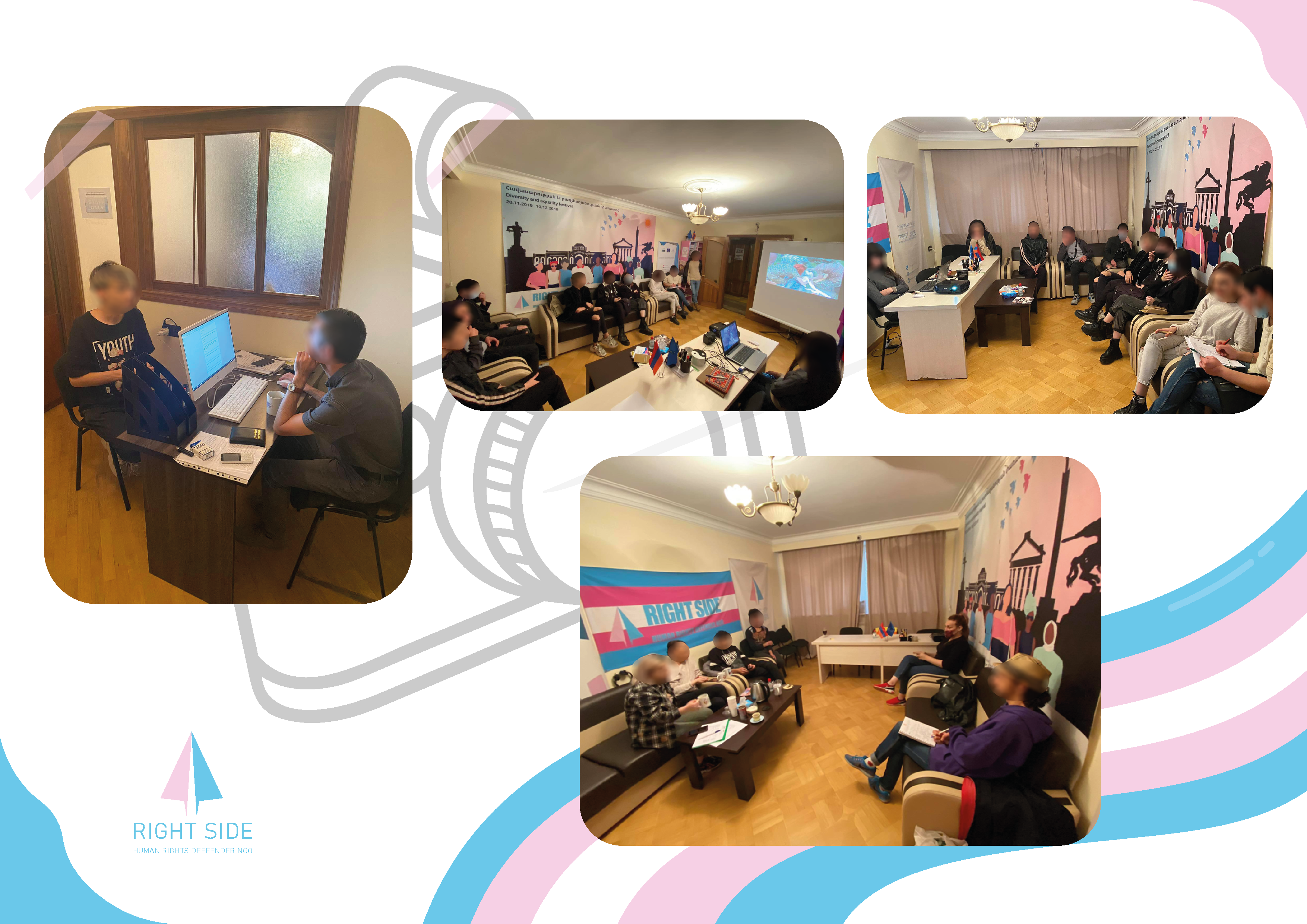 A NUMBER OF EVENTS THAT TOOK PLACE IN OCTOBER

During October 2020, “Right Side” Human Rights Defender NGO implemented a few events in its Trans LGBIQ+ safe space, which were aimed at the needs of Transgender LGBIQ+ people and sex workers during the martial law and pandemic conditions; also, they were aimed at raising the awareness and education level of the community and improving self-defense and security of the community.

On October 9, a discussion on “Self-Defense and Security” was held with the participation of more than 15 Transgender LGBIQ+ people, sex workers and allies at Trans LGBIQ+ safe space of the organization during which Lilit Martirosyan, the President of the organization spoke about hate speech against Transgender LGBIQ+ people and sex workers, as well as about the internal and external security. She urged to be extremely sensitive on social media, maintain ethical and digital security rules, on the other hand, refrain from any posts that sow hatred. Lilit Martirosyan referred to the human rights situation in Armenia too. Each of the participants shared their own experience, presented examples of hate speech or discriminatory publications in the media.

The next meeting on the topic of “First Aid” took place on October 22. The meeting was chaired by Henry Galstyan, the organization’s Administrative and Planning Assistant who discussed with the participants about fractures, artificial respiration and airway obstruction, heart function restoration, food poisoning, as well as emergencies and burns. During the meeting, comprehensive information and videos were presented about the above-mentioned, which helped to strengthen the knowledge about first aid among the participants.

And during the last meeting of the month, a movie screaming was organized for Transgender LGBTQ+ people and sex workers. In the Trans LGBIQ+ safe space of the “Right Side” Human Rights Defender NGO, the participants watched the film “Lola”, which was about a transgender woman and the difficulties of her life.

It should be reminded that the “Right Side” Human Rights Defender NGO provides a legal consultation to all the Trans LGBIQ+ and sex worker community members on every Tuesday and Friday at 15:00. A number of events are being held in the community center of the organization which are aimed at strengthening the community and alleviating the effects of the war especially during this difficult period.