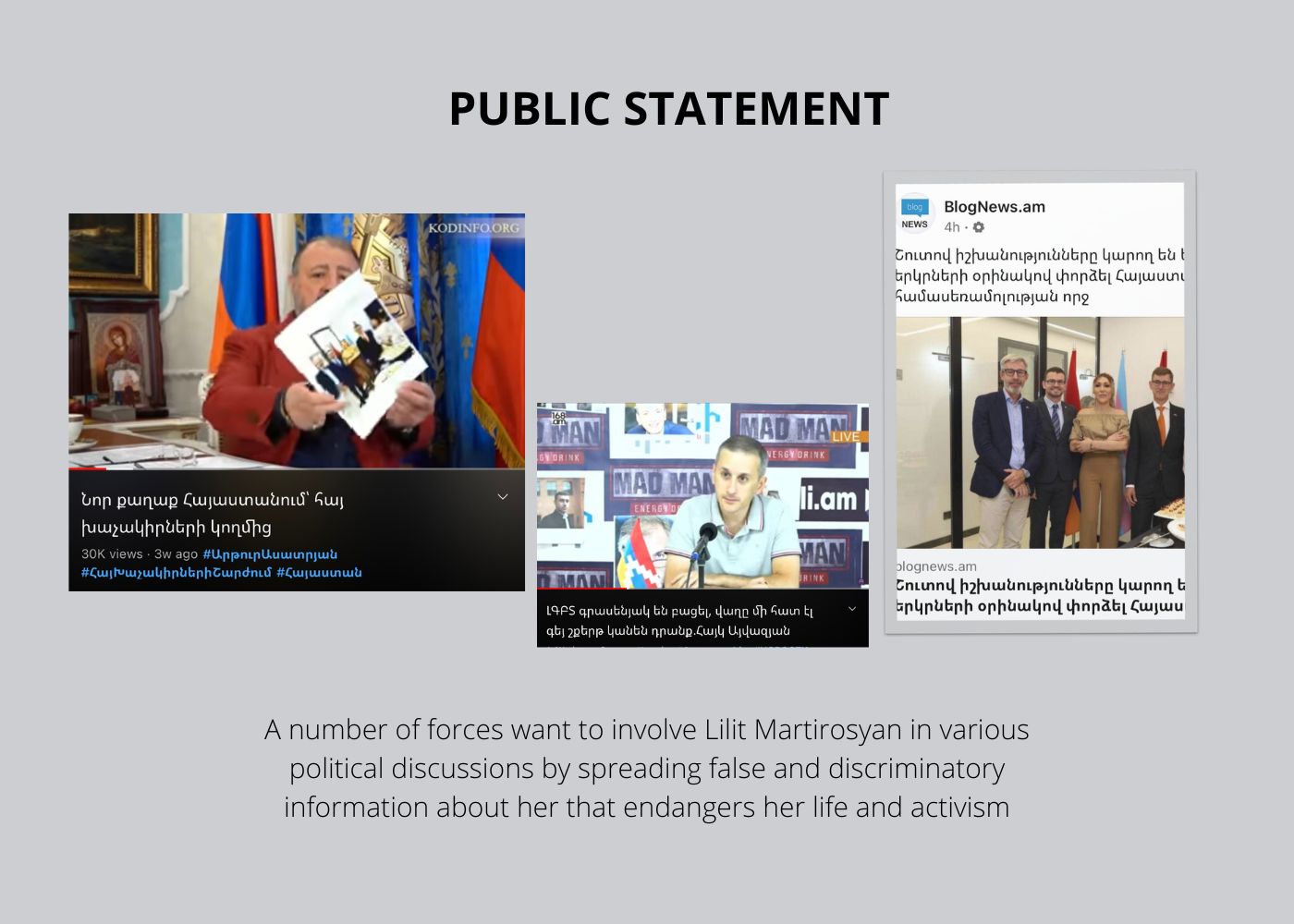 On August 31, 2022, the “Right Side” Human Rights Defender NGO opened its new office in Yerevan, after which various media representatives, nationalist and other groups have began to discuss the organization’s activities on the online platform.

Blognews.am, iravunk.com and a number of other websites have used the information posted on the organization’s website, they have been trying to discredit Lilit Martirosyan and the organization founded by her through hate speech and fake information. In addition, some Facebook users used the photos posted on our website, which were spread on social networks with obscene posts generating public sentiments and hate speech among a mass of users.

On social media, various users have called for the death of trans activist Lilit Martirosyan, a number of groups, pointing to Lilit, want to involve her in various political discussions by spreading fake and discriminatory information that endangers Lilit Martirosyan’s life, her free movement and activitism, degrades her good reputation.

Lilit Martirosyan and other trans people face calls for violence, incitement of hatred, threats of death, and this situation represents a real threat to the life and health of the trans community and trans activists, as they become the target of people with various extremist approaches, as evidenced by the beating of a transgender woman by Vahe Yeghiazaryan, who is known for such approaches, broadcasting it live and the public justification of that act by other persons and groups in August.

We consider it inadmissible to instill hatred towards the “Right Side” HRD NGO and Lilit Martirosyan, spread false and defamatory news about her, which can lead to irreversible consequences. We have always been guided and will be guided by the universal principles of human rights.

The “Right Side” HRD NGO will continue to protect the rights of LGBTIQ people; the targeting of LGBTIQ people by various media respresentatives, organizations and individuals violates their rights defined by the RA constitution.

Lilit Martirosyan will continue her activism in the Republic of Armenia in the interest of protecting the rights of LGBTIQ people, despite the fact that various groups are trying to target her with false agendas.