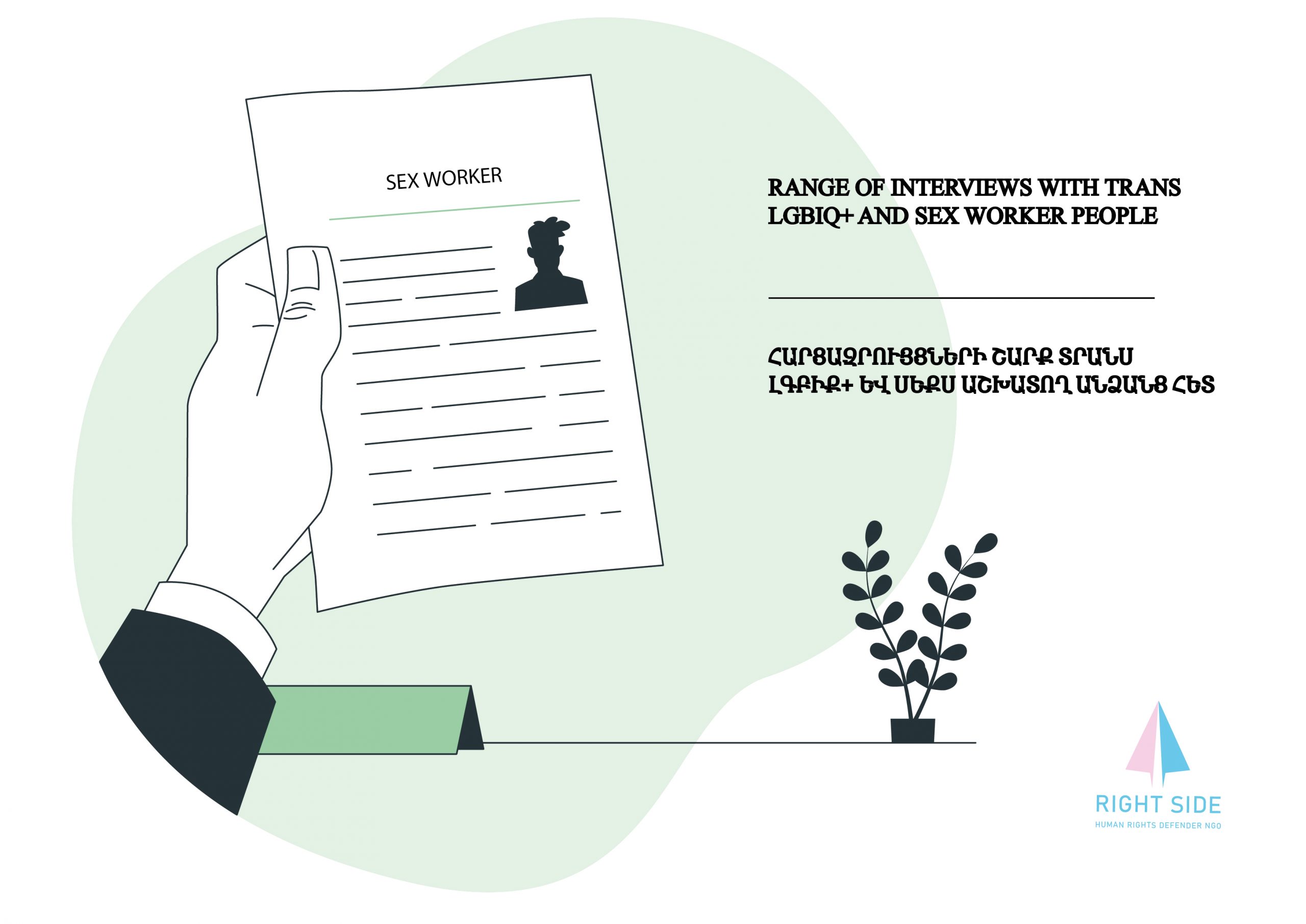 The “Right Side” Human Rights Defender NGO presents the third interview taken this month. Our interlocutor was L. A., who told the story of her coming out as a homosexual.

– I am quite close with my friend. She is my childhood friend. We played with each other a lot since we were little. Now, since we study in the same group at the university, we regularly do lessons together. One day we were sitting in the park talking about the lecturers. Then I said that I had a very important to tell her. We agreed to go to a quiet place, because what I had to tell her required a safe space.

1.continued to tell how they went to one of the LGBT community-based organizations later, where they had to talk.

– I deliberately offered my friend to go to an office, where there was a community center and we could talk calmly. But most importantly, I wanted to understand how my friend would react when she walked into the office and saw the LGBT+ flag. Fortunately, the response was quite positive. I stood by the flag and said I was a lesbian. My friend looked at me without any reaction and said that she did not see any problem. I expected a completely different response, at least surprise or laughter, but everything turned out better than I could have imagined. Then we had tea, during which my friend said that she had long assumed that I was lesbian, but she had not asked questions because it was my personal life.

1.mentioned that after coming out in front of her friend, their relationship became stronger. According to our interlocutor, self-disclosure seemed to be a method by which they could get closer, meet more often, walk together, support each other.

2.ended the story by missing the days when they went crazy together and by mentioning that honesty always helped to achieve peace.