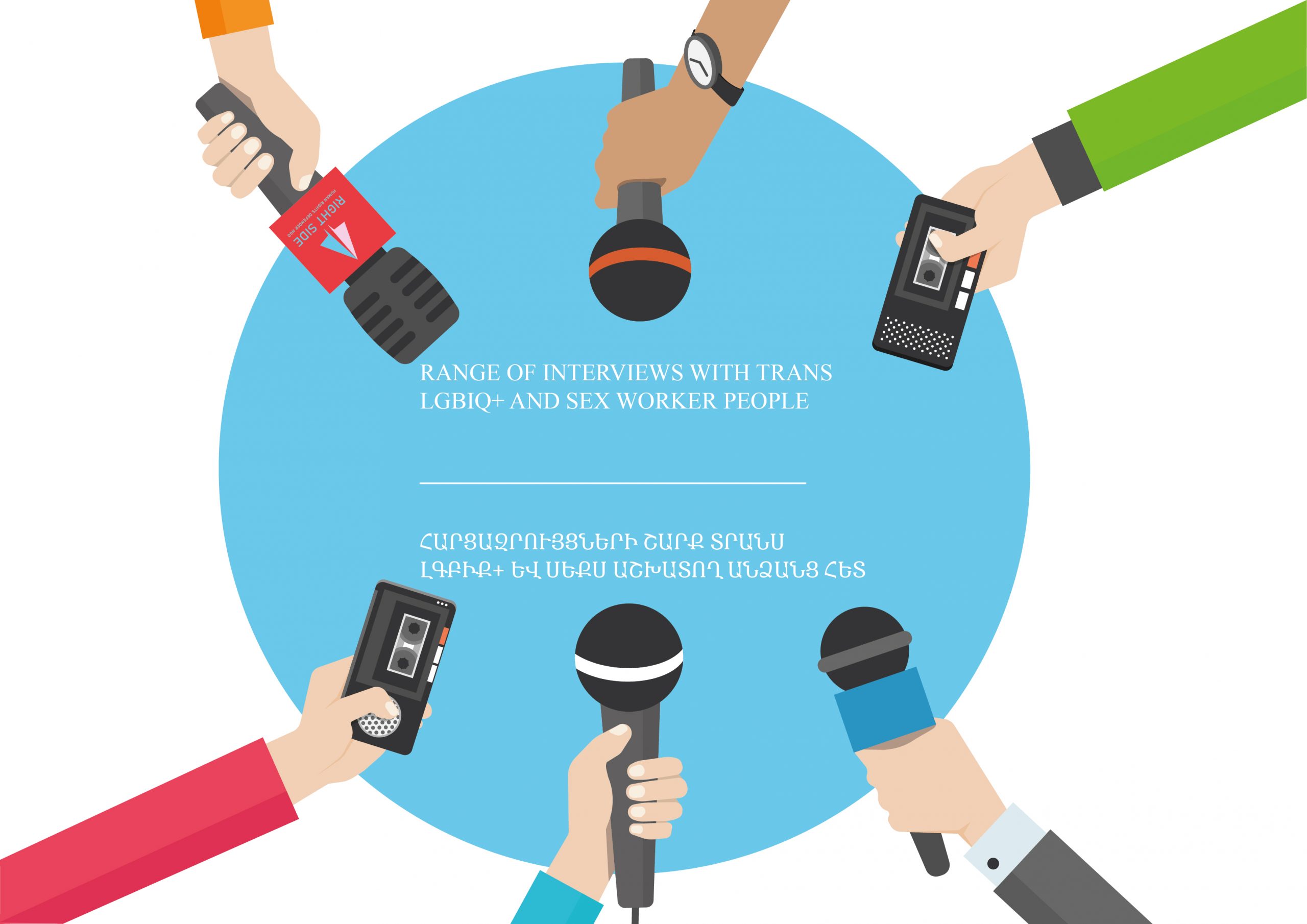 “Right Side” Human Rights Defender NGO continues to conduct a series of interviews with Trans LGBIQ+ people and sex workers to record and collect their life stories, aimed at presenting how the representatives of the above-mentioned group live in the Republic of Armenia.

This time the organization presents events that have taken place during the life of Trans LGBIQ+ people and sex workers, which are inspiring and can be the best example of solidarity, unity and support.

Our interlocutor is Transgender woman V. K., who has just entered the university. V. K. did not want to mention her name, university or profession in order to avoid discrimination.

“I remember that during my first visit I accidentally approached an employee and asked him to accompany me to my classroom, because the schedule had already been sent, and I could say what audience I needed. The employee accompanied me. The first hour was English. I went in, greeted everyone, walked to the random free bench and sat down next to a girl who got aquanted me with pleasure. At that moment I thought that such a thing was almost impossible, when someone could communicate with me without a stereotypical attitude. Naturally, I was worried that I might be discriminated against on the very first day, and what was worse, I could face violence,”-said our interlocutor.

Then V.K. continued to mention that the two of them often started speaking English, because, as the girl introduced herself, she had a bisexual sexual orientation, and speaking Armenian could have made them more visible, so discrimination against them could have been inevitable. From that day on, they have become best university friends.

Summing up the story of her life, V. K. said, “Our day starts with lessons, we spend our breaks together, we often walk in the park after classes. We discuss lessons, the best moments of our lives, memories, different topics that can make us happier and closer. We understand each other very well, the best example of which is that we often stand by people who are discriminated against, bullied or abused in the university. Moreover, we have managed to have a number of conversations with some of the lecturers, to inform them about the life of transgender people, sexuality and other related topic, which can in some way contribute to the change of public mentality, raising public awareness about trans people.”