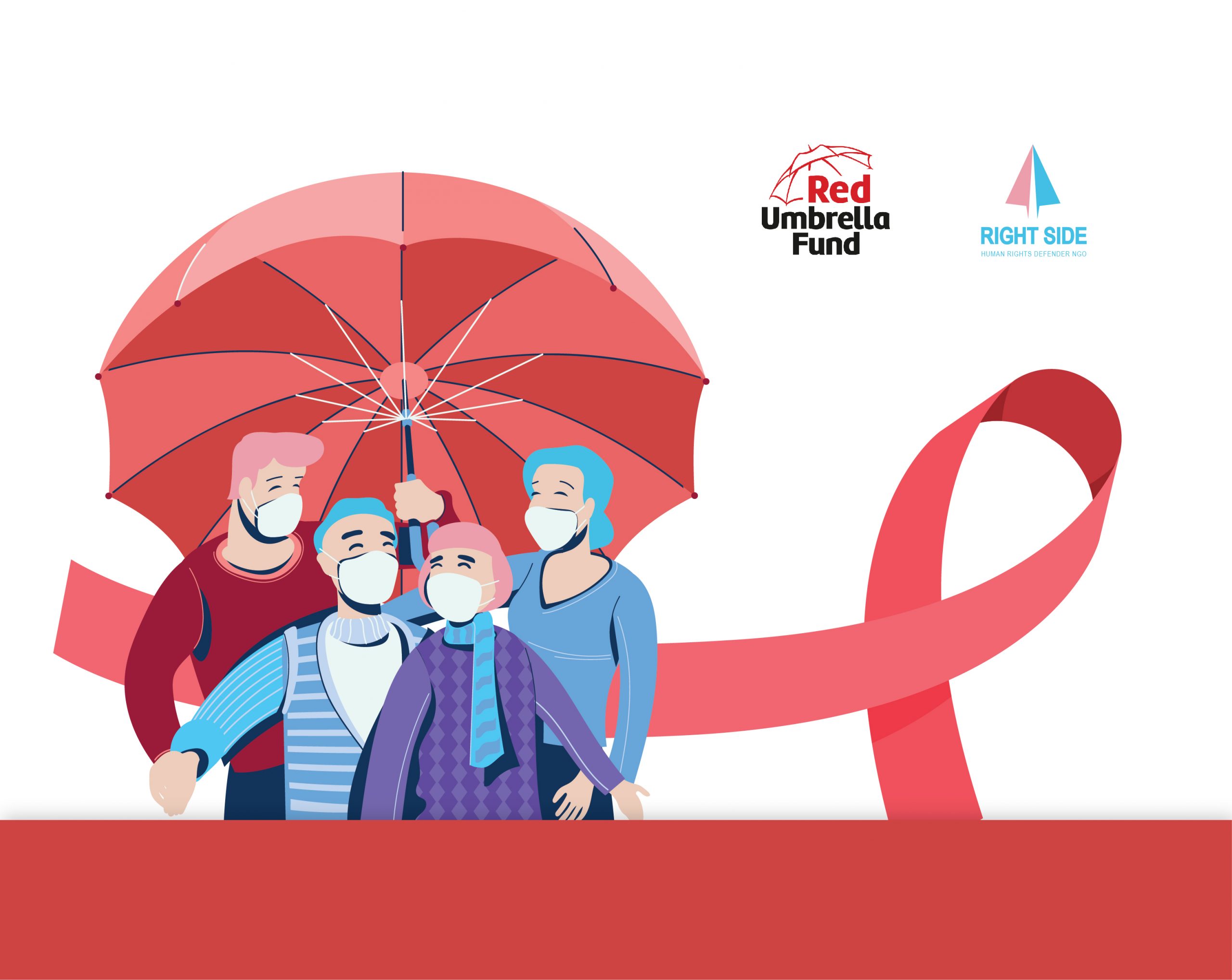 A SERIES OF TRAININGS FOR SEX WORKERS

The Right Side Human Rights Defender NGO, continuing to raise the awareness level of sex workers about their rights, organized a series of educational-informational events in November and December 2021.

In November, four events were held on safety and security, physical and mental health, HIV / AIDS prevention and digital security.

During the events, the organization’s outreach workers, being in constant contact with the sex workers community members, regularly tested them for HIV, provided condoms and lubricants, informed them about sexual health, and directed appropriate medical examinations.

The sex workers, meeting with the organization’s lawyer, obtained detailed information about the protection of their rights, which would help them to be protected in the police, on streets during sex work and elsewhere.

During the events, the participants gained knowledge about digital security and learned to be protected on various social platforms. Many sex workers are engaged in sex work online; so, the community members give importance to the continuity of these activities to promote their own safety.

In December, sex workers took part in three events organized at the Right Side HRD NGO’s community center. The events were focused on the prevention of trafficking, emigration, and domestic violence and on the importance of social assistance.

Those meetings were a necessity for sex workers and became a subject of wide discussion. This is because sex workers in Armenia are deprived of basic living conditions, have no means of subsistence, and often have to become victims of violence in their own families because they do not have the financial means to live separately. “Everything has become more tense during the COVID-19 period, I can not even cover the daily expenses,” – said one of the participants.

There are still administrative fines for sex workers in the amount of twenty times the minimum wage, and if the same actions are taken within a year after the imposition of an administrative penalty, a fine of forty times the minimum wage is imposed. And since sex work is not legal in Armenia, many sex workers go abroad to work, and often do not return.

It should also be mentioned that sex workers regularly receive attractive offers to work in different countries, they are deceived due to lack of awareness and become victims of abuse, exploitation and trafficking on the way to migration. During the meetings, the participants learned about the three main elements of trafficking (action, means, purpose), the causes and consequences of trafficking, and through practical advice they were informed about the ways to avoid becoming a victim of trafficking.

These meetings will be continuous so that the problem of every sex worker living in Armenia is documented, raised and addressed.

It should be noted that the series of meetings is carried out with the financial support of the Red Umbrella Fund.