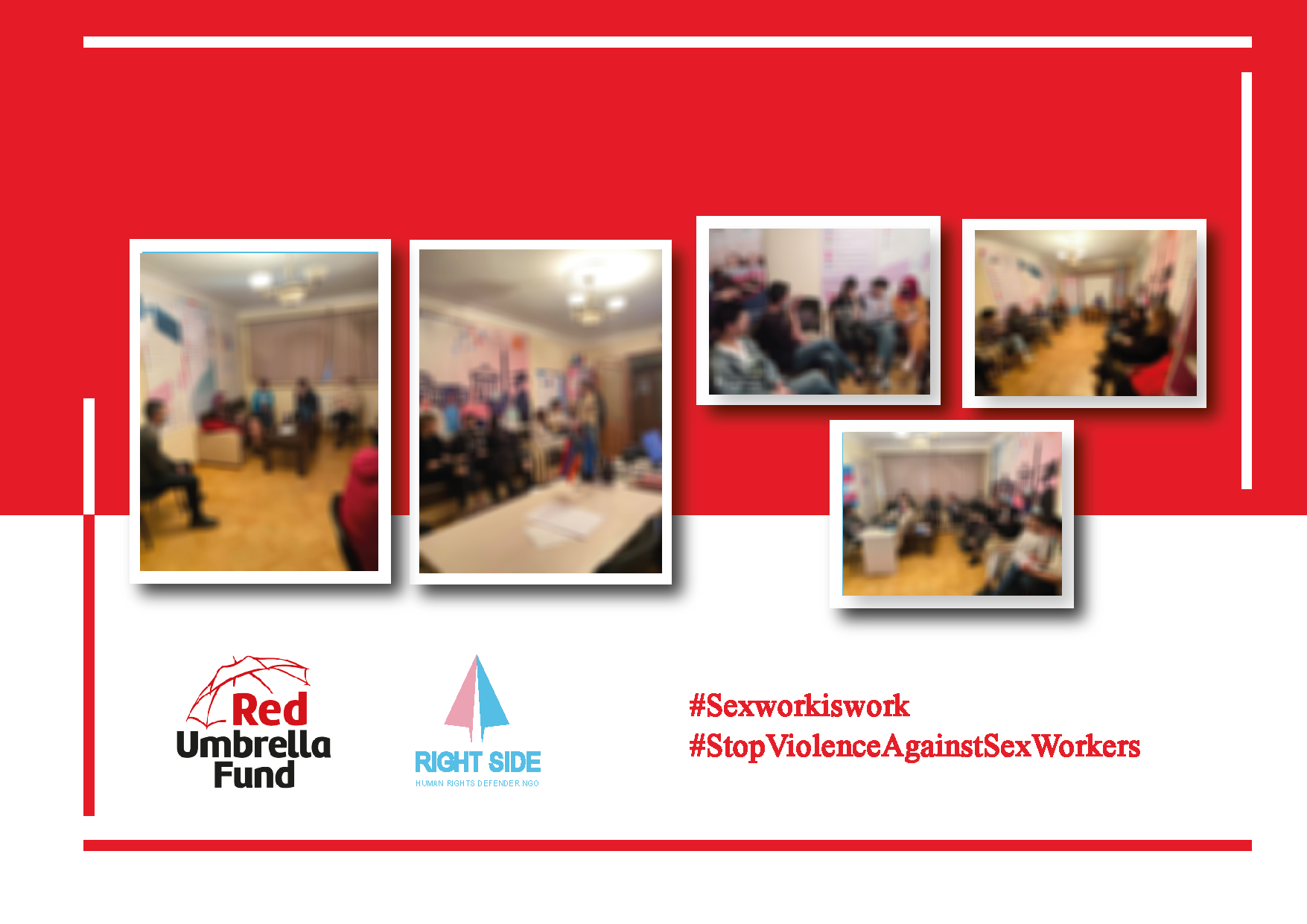 A SERIES OF TRAININGS FOR SEX WORKERS

Every month, a number of trainings are being held for sex workers in the community center and safe space of the Right Side NGO by raising their level of education, supporting their welfare and well-being, involving them in the programs implemented by the organization.

The first meeting took place on January 16 with the participation of the sex worker community members from Yerevan and different regions of Armenia. The topic of the meeting was the “Needs Assessment and Mapping of Sex Workers”, which was conducted by L. Martirosyan, President of the NGO. Sex workers raised a number of issues, such as domestic violence, societal discrimination and ridicule, and the ongoing stigma of discrimination that they had been facing for years. L. Martirosyan mapped the problems with sex workers in order to provide support to them through various programs in the future. At the end of the meeting, the participants expressed a desire to talk about legal gaps during the next meeting and to have individual meetings with the NGO lawyer.

The next meeting took place on February 5, the topic of which was “Sex Work and Its Legal Regulations in the Republic of Armenia”, as decided by the participants in the previous meeting. The seminar was conducted by “Right Side” HRD Lawyer A. Margaryan, who introduced the participants to the legal regulations on sex work and the existing gaps in Armenia, then, listening to the problems of sex workers, provided individual advice. Documenting a number of violations, A. Margaryan urged the participants not to neglect any case of discrimination and inform the organization about those cases. He also added, that in any case the NGO would provide them with legal representation in the police and courts.

Continuing the series of meetings, a course on “Mental and Physical Security” took place on March 7, which was attended by twelve sex workers from Yerevan and different regions of Armenia. The meeting was conducted by the organization’s Psychologist, who listened to the needs of sex workers and provided group consultation. Many of the participants spoke about the ongoing violence, stigma and discrimination against them, which deepened their mental problems. At the end of the meeting, many of the participants expressed a desire to attend individual psychological consultations.

The next group meeting was held on May 7, which was dedicated to health care, in particular HIV / AIDS and sexually transmitted infections. The meeting was chaired by L. Martirosyan, who presented in detail about the ways of transmission of HIV / AIDS and STIs, their prevention and treatment. The participants were also introduced to the future programs of the NGO aimed at maintaining the health of sex workers and raising awareness on sexual health.

It should be noted that the series of meetings is carried out with the financial support of the Red Umbrella Fund.