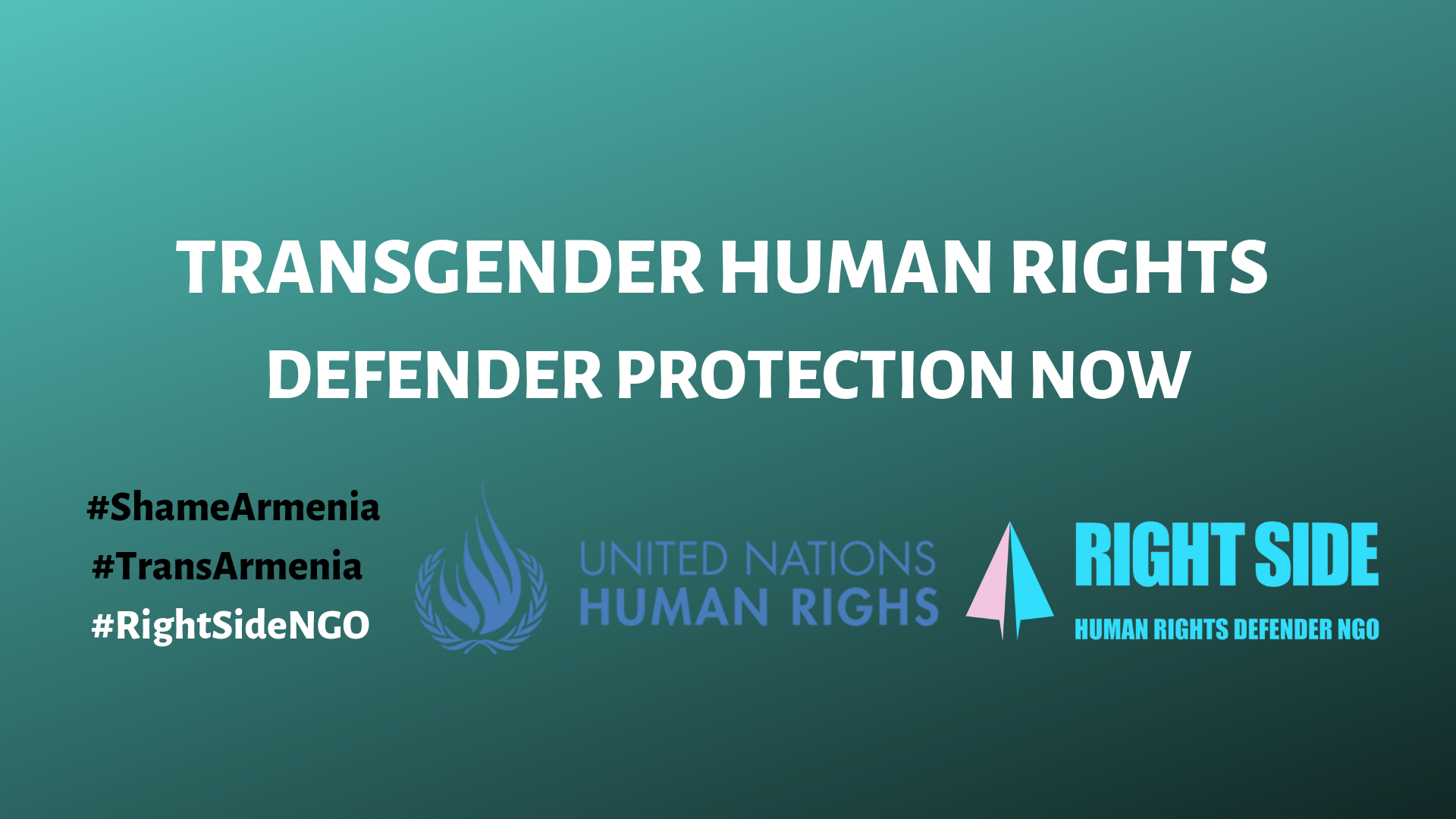 UN Joint Special procedures of the Human Rights Council addressed on 18 April 2019 addressed the
Permanent Mission of The Republic of Armenia questions regarding the safety, security and death
threats against Lilit Martirosyan after her speech made in the Parliament of the Republic of Armenia the
Permanent Mission of The Republic of Armenia responded on the joint communication responding that
“Armenia achieved unprecedented freedom of speech and considered a free country”. Armenia also
mentioned in the communication that there are draft laws about equal opportunities and hate speech,
but we need to highlight that these draft bills do not include gender identity and expression as
aggravating circumstances and do not specifically protect human rights defenders at risk. For detailed
communication please follow the links below.
We would like to remind that Armenian authorities failed to protect transgender human rights
defenders after Lilt’s speech in the Parliament and the staff of “Right Side” Human Rights Defender NGO
with their family members have been evacuated from the country. Trans rights defenders received
death threats from militaristic, ultra-right wing conservative groups. The police has refused to initaate a
criminal case because the threats were not “real”. The decision is appealed to the Prosecutor and the
Ombudsmen