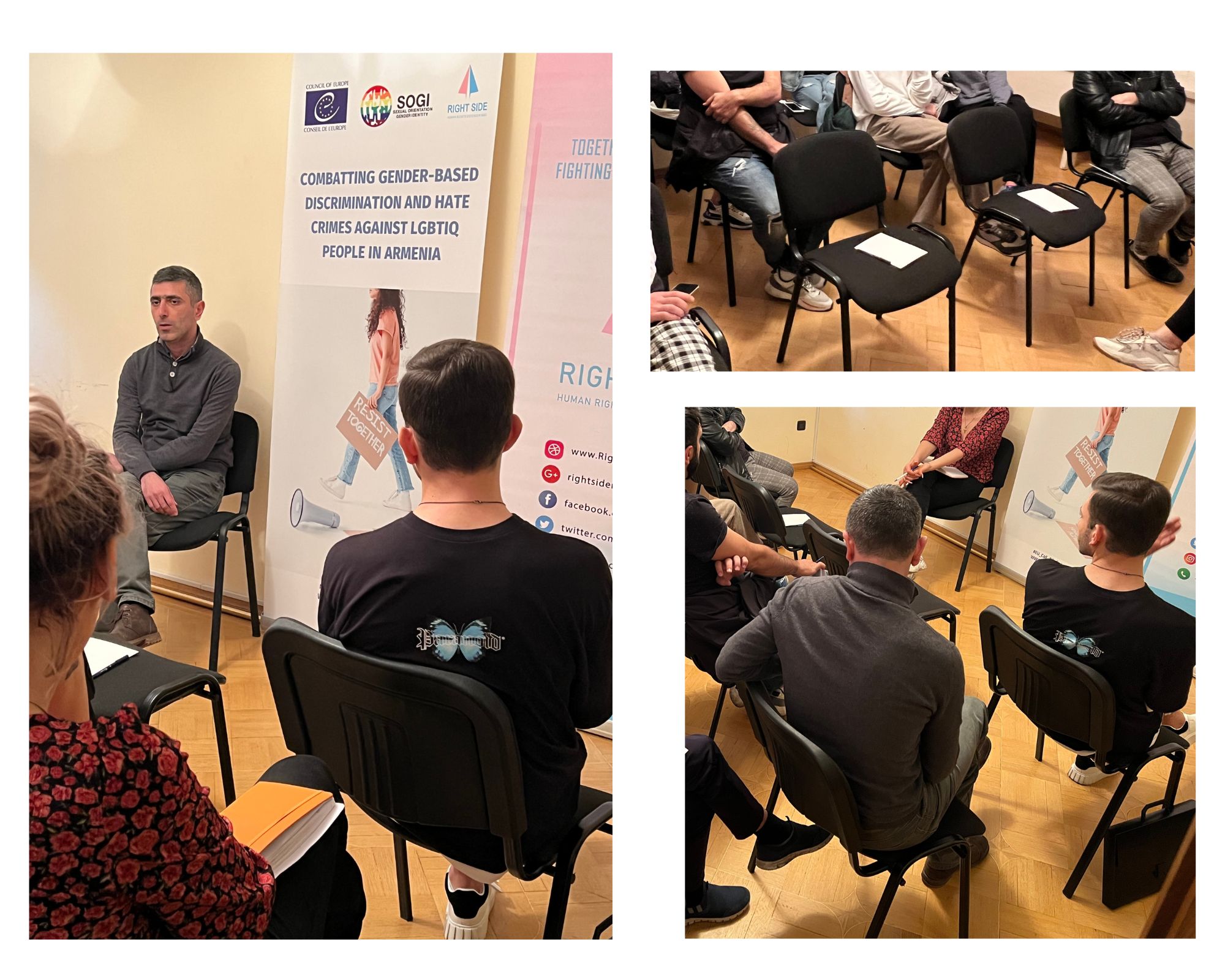 In April 2022, the Right Side Human Rights Defender NGO organized a meeting-discussion with the theme of “Combating Hate Speech Together” which was attended by journalists, writers, bloggers and activists from different regions of Armenia.

The following topics were discussed during the discussion:

The organization’s lawyer Arthur Margaryan spoke about legislative gaps, as a result of which LGBTI people become even more vulnerable on social platforms and in everyday life. The lawyer presented several examples that community representatives and activists encountered while raising community issues on social media, and talking about cases that had not been processed by the police.

The trainers presented what is considered hate speech, what steps should be taken to prevent it in the future, what terms should be used in journalistic materials so that the society did not target LGBTI people and did not spread the atmosphere of hatred even more.

The trainers together with the participants documented the cases of hatred that took place during the last year.

The participants shared their experiences on how to prevent or reduce hate speech, what work they were doing with the public, raising their level of awareness about LGBTIQ people.

This meeting-discussion became possible with the financial support of the Council of Europe.