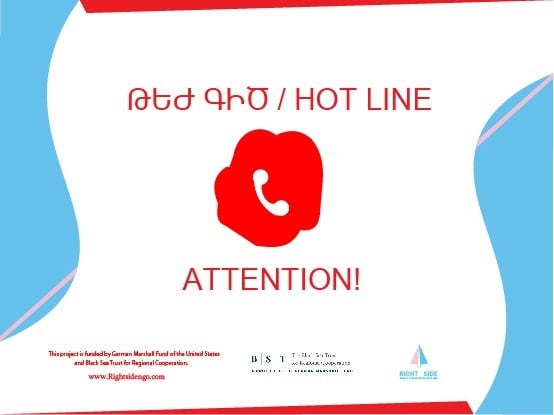 which the arrived police officers showed discriminatory and rude treatment towards G. and V..

After the arrival of the police, frightened transgender women V. and G. did not want to go to the police

station, in response to which the police said that if they did not go with them and file a complaint, they

would be administratively arrested on suspicion of prostitution. Despite the urgings of transgender

women, the police brutally handcuffed on transgender women G. and V. hands and subjected them to

administrative arrests by weakening the handcuffs at their request, as they were too rough and damaged

women, transgender G. filed a report alleging that he had been beaten, as well as he complained about the

police actions. At the same time, the Right Side Human Rights Defender NGO will pursue to investigate

the bad attitude of the police officers.