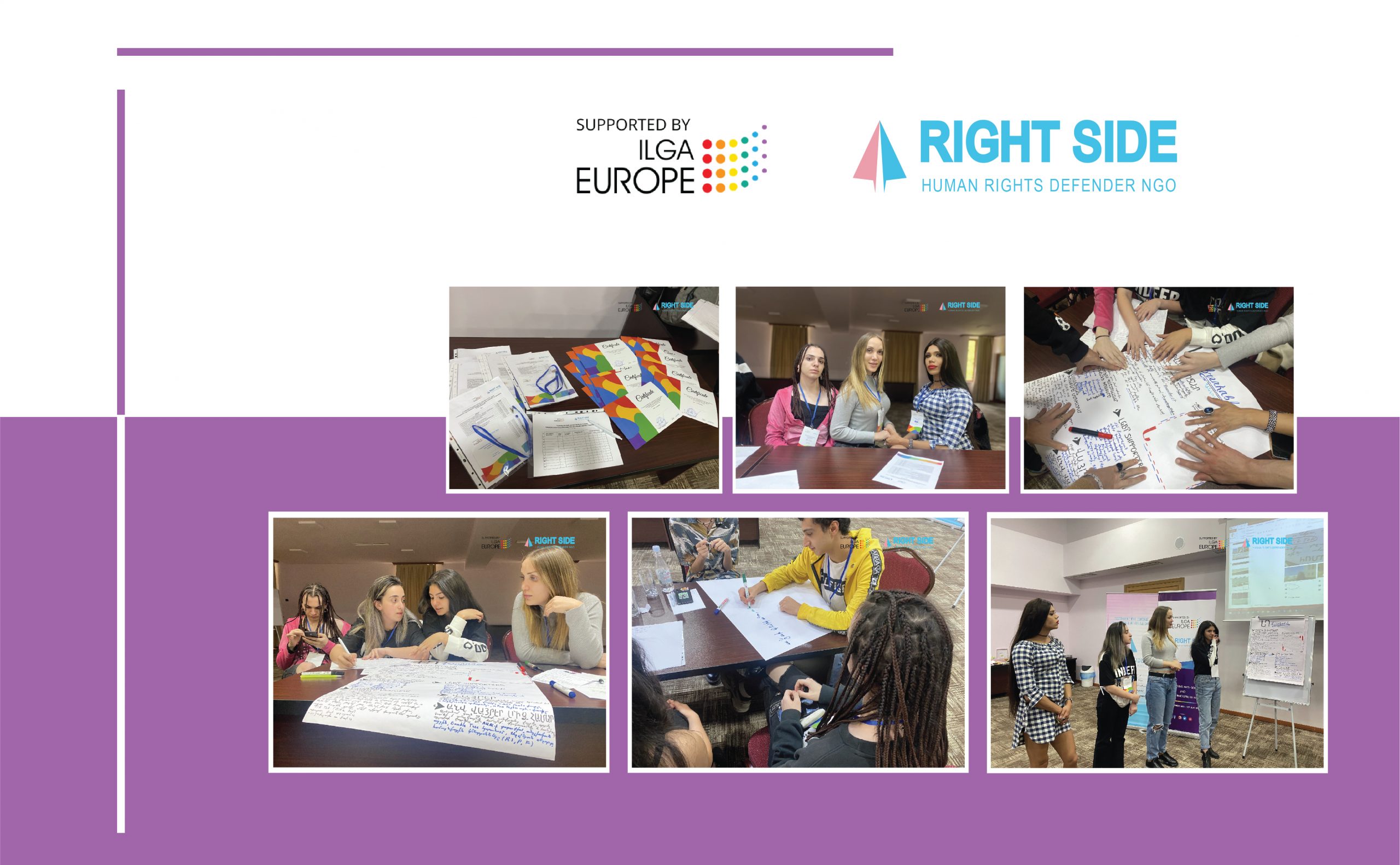 From October 4 to 8, 2021, the “Right Side” Human Rights Defender NGO organized a training-course entitled “Communication Tools for Combating Anti-Gender Rhetoric” with the participation of the representatives of the Trans LGBIQ community aged 18-30 from different regions of Armenia.

The aim of the training was to promote the level of involvement of young Trans LGBIQ activists in advocacy to combat anti-gender rhetoric.

The invited experts in the field of communication and advocacy spoke on such topics as:

After the full presentation of the topics by the trainers, the young Trans LGBIQ activists did practical work through the methodology of non-formal education, discussed situations (for example, hate speech used against them on the online platform and in everyday life by the mainstream society, media representatives and officials), they spoke about the challenges they were facing, talked over the cases of discrimination and suggested appropriate solutions to reduce those cases.

In addition to the topics of the training, reference was made to the further cooperation between the members of the Trans LGBIQ community. According to the developed roadmap, it is planned to organize awareness raising campaigns and activitis in public places, organizations and educational institutions to counter anti-gender rhetoric and hate speech.

According to one of the participants, Kuka Kasyan, the issues related to the rights of transgender people in Armenia are more ingrained, stereotypical, and traditional rather than legal in their nature. And in order to fight against them, it is necessary to be able to influence the thinking of transphobic people as much as possible, and the community members need to be educated to disseminate accurate information about transgender people among citizens, for which she considers such events quite important and effective. Transgender activist Monica Sarkisyan noted that through the exchange of ideas it was possible to develop a realistic action plan. Vivien Babayan highlighted that she had been collecting data on hate speech against transgender people on social media for several months and she was sure that with the joint efforts of trainers and activists, she would finally be able to take concrete steps to reduce hate speech and false information about her community.

It should be noted that the training-course was carried out within the framework of the “Combatting Anti-Gender and Anti-Trans Rhetoric in Armenia” project with the financial support of ILGA-Europe.