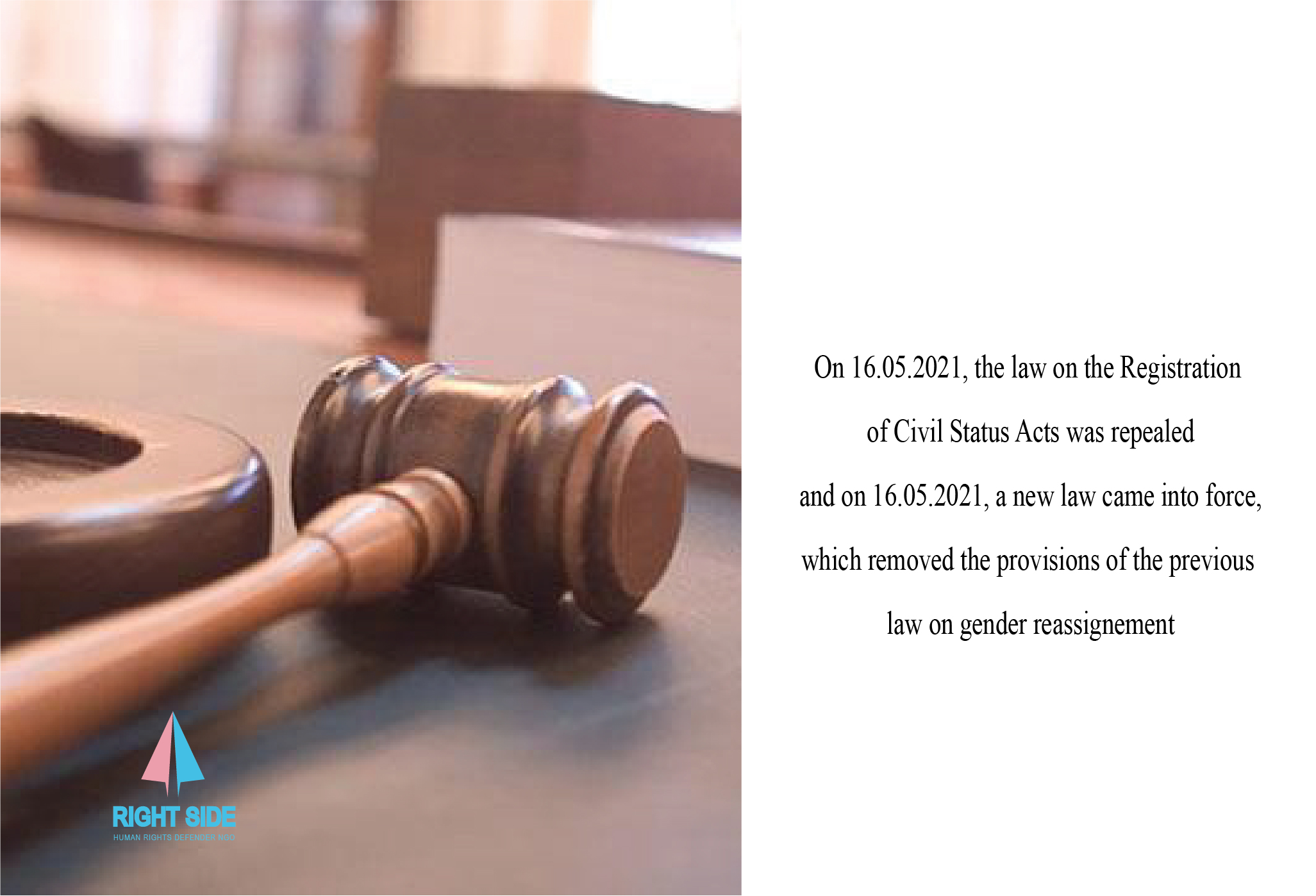 INFORMATION ON THE GENDER MARKER REGISTRATION

On 16.05.2021, the law on the Registration of Civil Status Acts was repealed and on 16.05.2021, a new law came into force, which removed the provisions of the previous law on gender reassignement, in particular, the Article 70 of the previous law stipulated that the conclusion of the Civil Acts Registration Services on making corrections, additions or changes to the Civil Status Act record was drawn up in particular in the following case:

That is, if a person wants to make a change in a civil status act record (gender marker change), they must:

Currently, only the order No. 170-N adopted by the Minister of Justice on 13.05.2020, where it is stated that according to Article 70 of the law, the Civil Acts Registration Services draws up a conclusion on making changes in the civil status act record, if the person for whom the civil status act has been drawn up has undergone gender reassignment. That is, this norm refers to the previous law.

Thus, the provisions of the current law do not contain any provision on the conditions for making changes in the acts of the Civil Acts Registration Services in case of gender reassignment.

To some extent, the current law (in our opinion) provides for regulation in the third part of Article 66, according to which the grounds for making a change in the civil status act registration are:

Thus, with the adoption of the new law on the Registration of Civil Status Acts, in case of gender reassignment, the requirements for making a change in the civil status act are not clear, and the regulations for submitting the necessary documents are not defined.

One of the strategic directions of the Right Side Human Rights Defender NGO is to regulate the process of legal gender recognition in the Republic of Armenia and a number of activities are being carried out in this regard.