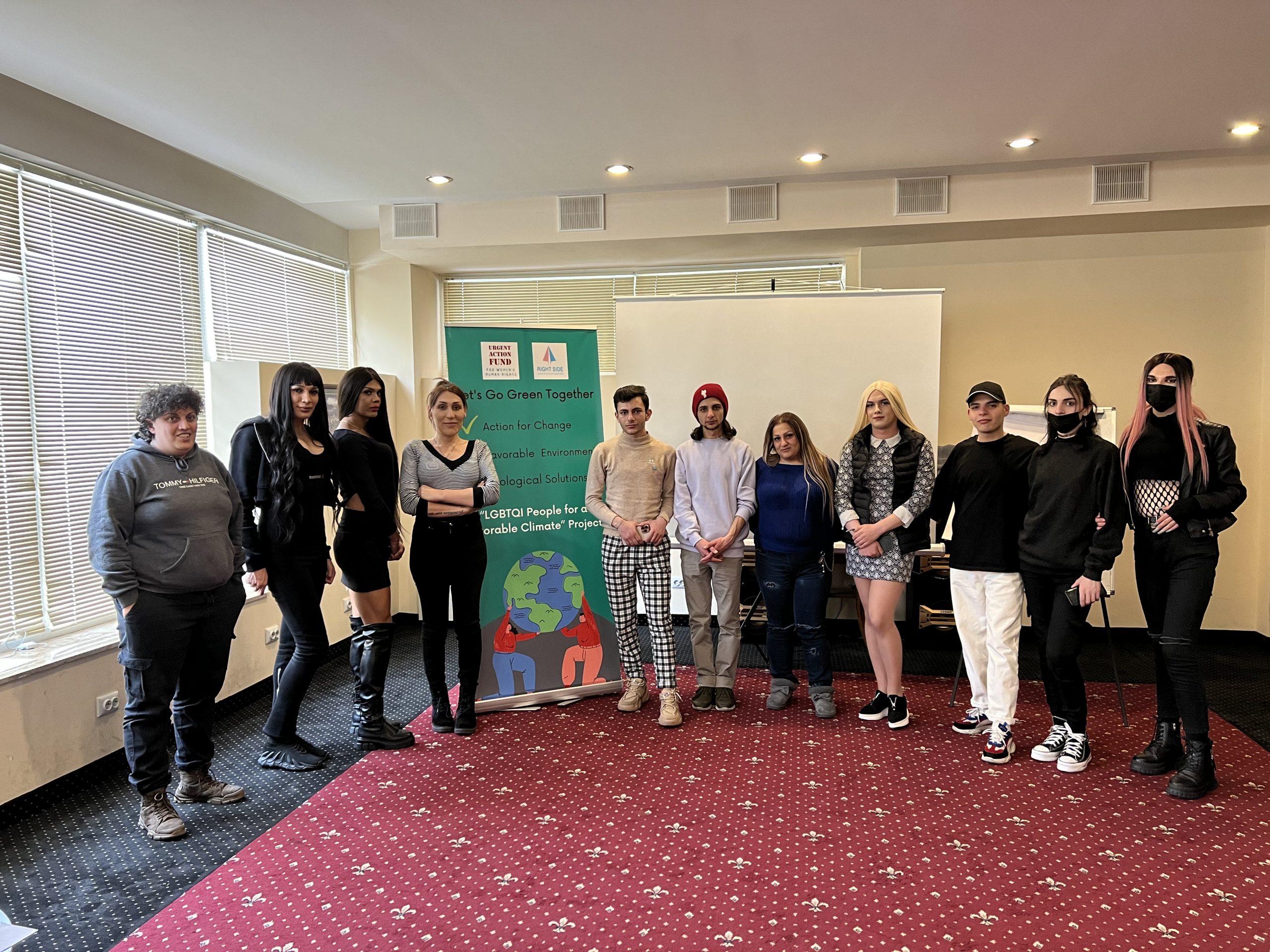 The Right Side Human Rights Defender NGO, with the financial support of the Urgent Action Fund for Women’s Human Rights, organized the “LGBTIQ People for a Favorable Climate” training-course.

The training aimed to promote the protection of the environment by raising the awareness level of LGBTIQ people about the effective management and rational use of natural resources by promoting their activism in this issue.

The training was conducted by Artak Adam, during which the following topics were discussed:

Right Side NGO president Lilit Martirosyan opened the training and congratulated all the participants for being selected, noting that the opportunity should be used to be educated, to become stronger, to gain knowledge about ecology and environmentalism, and for exercising their activism in the Republic of Armenia, and then added that over the years, the trainings had been playing a very important role in educating hundreds of Trans LGBIQ people, sex workers, their parents and allies, who had used and were using the knowledge they had gained to make the environment around them better.

The participants mentioned that was their first time participating in a training course on climate and gender justice, and the topics discussed were interesting for everyone. Most of them had no knowledge about ecology, gender justice  and veganism, and those who had experience in environmental activism, thanked the Right Side Human Rights Defender NGO for such an initiative, and expressed hope that seminars, discussions, and community meetings on environmental issues would be continuous involving many members of the community.

The course was accompanied by intensive discussions, a number of interesting educational games on ecology, environmentalism and other topics were organized. The participants of the courses directed their questions to trainer Artak Adam, and got satisfactory answers.

At the end of the training, Lilit Martirosyan had a closing speech, handed over certificates, thanked all the participants for their active participation, adding that the Right Side Human Rights Defender NGO, being the first and leading Trans organization in Armenia and in the Caucasus, would spare no effort to implement a number of projects for the benefit of TRANS LGBIQ people so that the community members could live a secure and prosperous life, and then promised that that the NGO’s activities on the environment and gender justice would be continuous, in order to change the public opinion and stereotypes about Trans LGBTIQ people.

It should be mentioned that within the framework of this program it is planned to carry out garbage collection, tree planting as well as installation of waste bins in Yerevan and in different regions of Armenia.