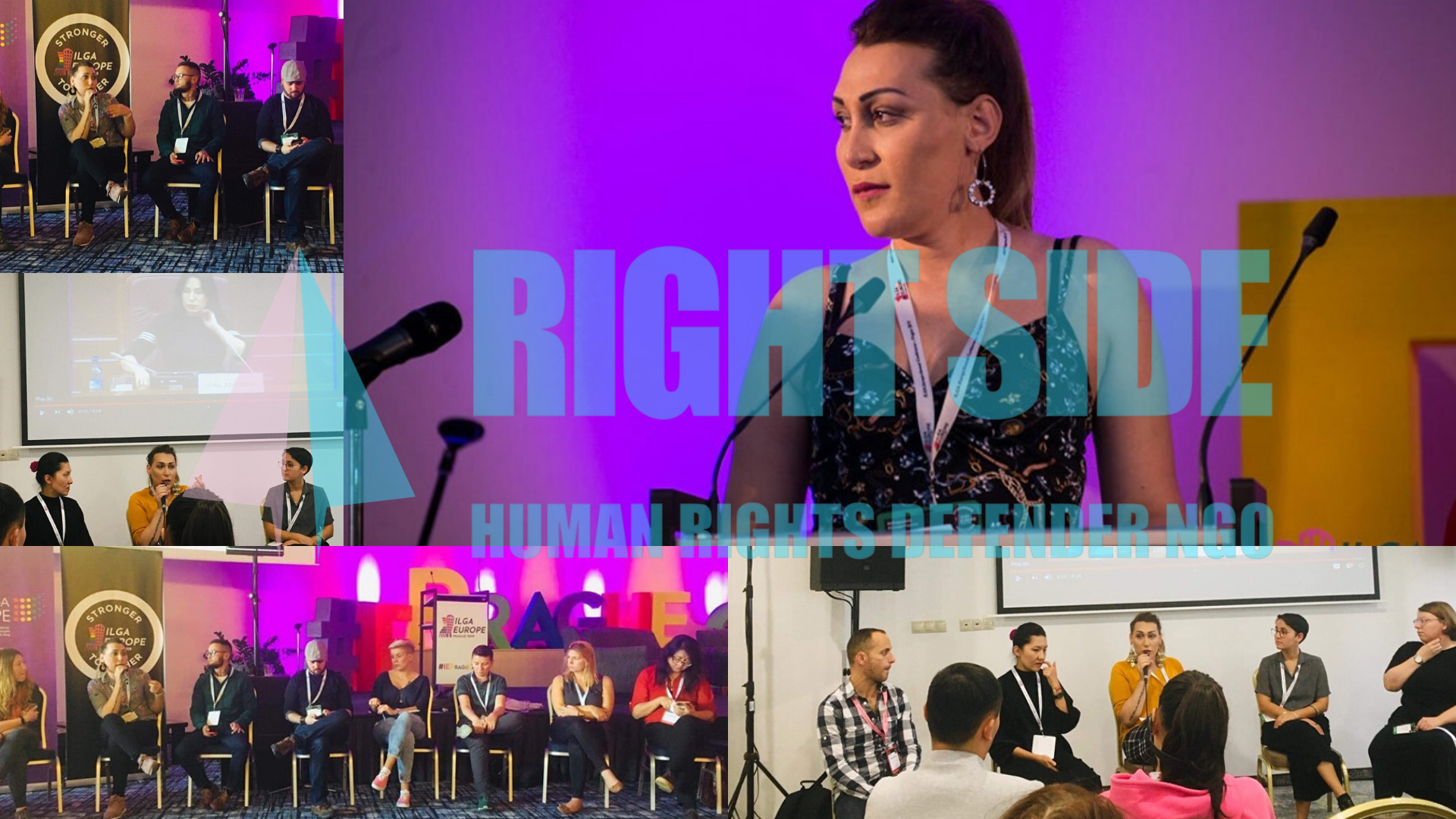 From 23rd to 26th of October, 2019 the annual conference of ILGA-Europe (the European Region of the International Lesbian, Gay, Bisexual, Trans and Intersex Association) which was attended by Lilit Martirosyan, the Founding President of the Right Side Human Rights Defender NGO was held in Prague, Czech Republic.

During the workshop Lilit Martirosyan participated in several meetings and discussions on the situation of the LGBTI community in Central Asia and Eastern Europe.

Mrs Martirosyan and several other speakers held a discussion on the safety of human rights defenders. During the discussion a video of Lilit Martirosyan’s speech at the RA National Assembly was shown, which received a great response. The participants were particularly interested in the response of the state bodies to the situation and Lilit Martirosyan’s security. Lilit said that after her speech at the National Assembly, as a result of protests by ethnic groups and other transphobe groups, hate speech and threats of death on the online platform, she was forced to leave the country temporarily with her family members and staff. Afterwards, the participants expressed their gratitude to Lilit Martirosyan for her tremendous work and encouraged her to continue her work and not to bow to any obstacle.

Lilit shared with the experience of Right Side NGO on how to mobilize human, technical and financial resources to ensure the safety of the NGO and human rights defenders. She emphasized the importance of having security policies in order to reduce the risks and dangers arising from the activities of human rights defenders. Another meeting was devoted to the discussion of reporting hate speech and violence, methods of case collection and monitoring against the LGBTI community during which it was enhanced Eastern European and Central Asian civil society’s experience of reducing hatred towards the LGBTI community, including the formation of community and cross-sectoral partnerships. This discussion will also have a positive impact on the development of regional initiatives (“Trans Murder Monitoring”, “ProTans”, “UNIFORM”, “Call It Hate”).

Lilit Martirosyan has returned from the ILGA-Europe annual conference with new ideas and new acquaintances that are crucial to the operation of the Right Side NGO and the further development of transgender community advocacy in Armenia.