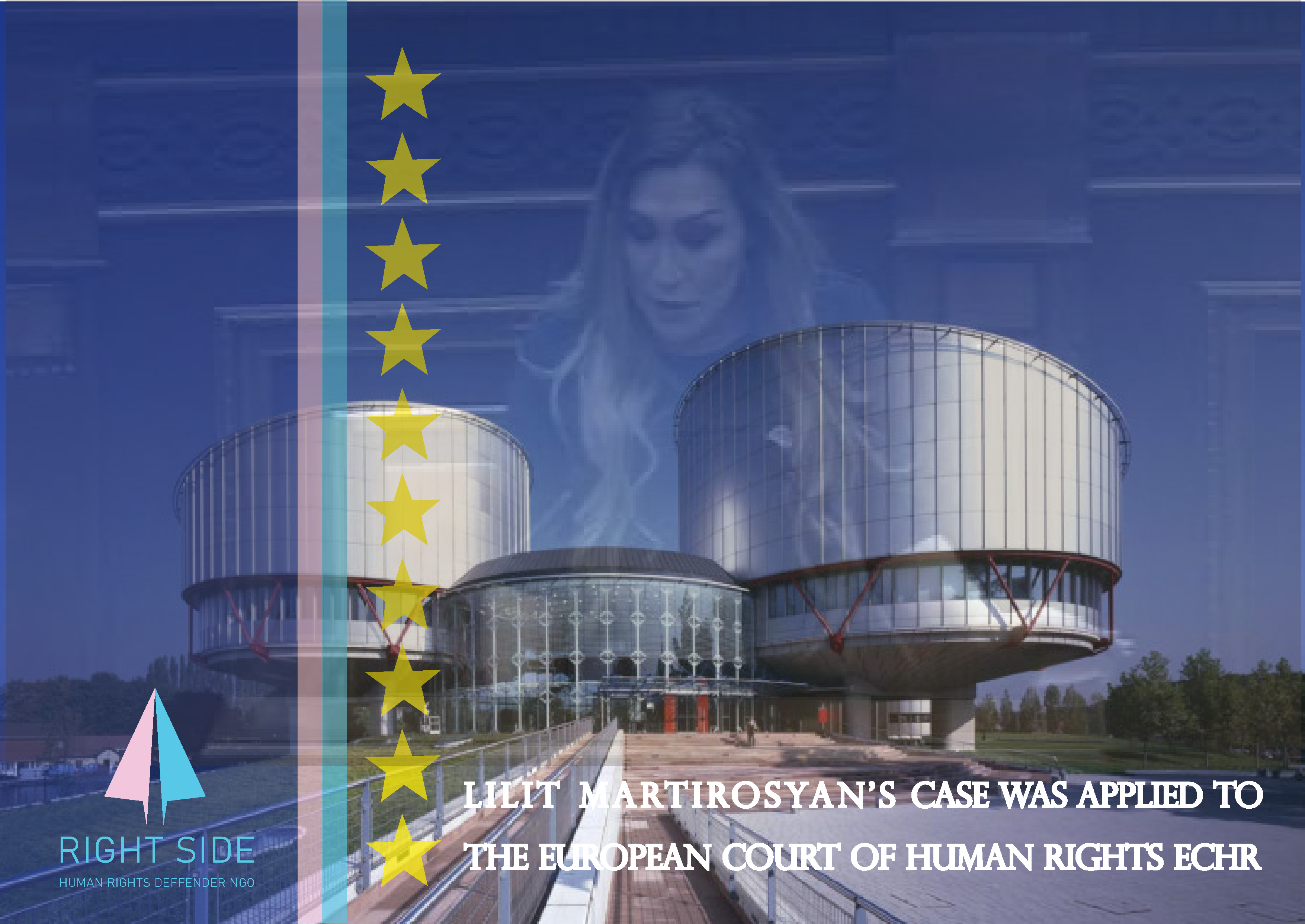 RA citizen Lilit Martirosyan, who is the President of the “Right Side” Human Rights Defender NGO, delivered a speech during the parliamentary hearings on “National Human Rights Agenda. UN Universal Periodic Review” at the National Assembly of the Republic of Armenia on April 5, 2019. After her speech, many people began to publicly express hate speech against Lilit Martirosyan and threaten to kill her by noting that being a transgender she had no right to speak in the RA National Assembly.

Lilit Martirosyan submitted a report to the Kentron Investigator’s Office, Chief Investigator’s department of Yerevan, RA Police on April 6, 2019 on the case that after her speech on human rights in the RA National Assembly, the courier of the “SAS” supermarket chain illegally published her personal data, that is, the address of her place of residence on his Facebook page. In particular, the courier of “SAS” supermarket chain, who delivered food to Lilit Martirosyan by her order, seeing that the food was ordered by the latter, published her address on his Facebook page, as well as he expressed his willingness to provide Lilit Martirosyan’s phone number to all who wish.

At the same time, on the same day, Lilit Martirosyan reported that she had received threats of death and violence from a member of the “Eagle 30 Ararat Suicide Squad”, which was published via video. In particular, the person blowing threats in his video which is available on Youtube

threatens to kill her at 2․52 seconds of the video and urges the authorities not to make him a murderer. A. Voskanyan, the investigator of the Kentron Department of the RA Police made a decision to reject the initiation of a criminal case based on the materials on April 16, 2019.

On September 9, 2020, Lilit Martirosyan filed a complaint to the European Court of Human Rights, requesting that the violation of Articles 3, 6, 8, 13 of the Convention for the Protection of Human Rights and Fundamental Freedoms be recognized.