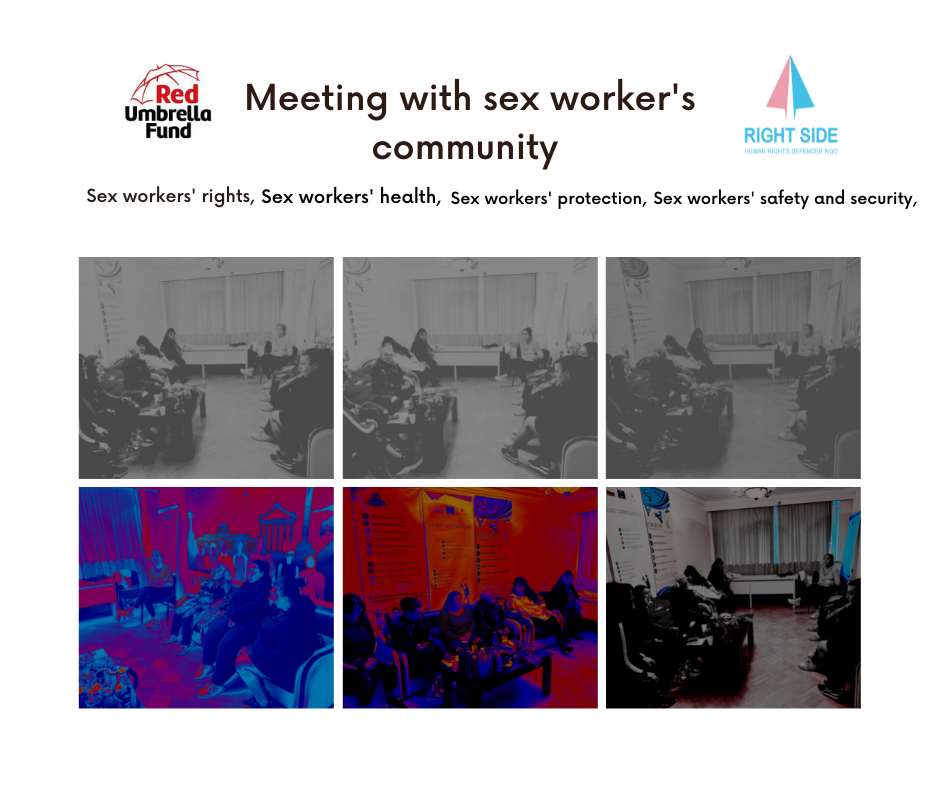 Meeting-Discussion with the Representatives of the Sex Worker Community

During the meeting, the following topics were discussed:

Lilit thanked the representatives of the sex worker community for their participation, then asked them to share the problems that they were facing because of sex work.

The representatives of the sex worker community raised a number of issues, such as domestic violence, societal discrimination and ridicule, that they had been facing for years. Some of the participants mentioned that they were abandoned by their relatives because of the choice of their job, and often were bound to become victims of violence in their own households. L. Martirosyan mapped the needs with sex workers in order to provide support to them through various projects in the future.

Documenting a number of violations, Lilit Martirosyan asked the participants not to neglect any case of discrimination and inform the organization about those cases. She also added that in any case, the NGO would provide them with legal representation in the police and the courts.

The sex workers present at the meeting asked the organization to maintain their inclusion in the upcoming educational events, seminars, and other projects.

L. Martirosyan presented in detail the ways of transmission of HIV/AIDS and STIs, prevention and treatment ways. The participants were also introduced to the future projects of the NGO aimed at maintaining the health of sex workers and raising awareness on sexual health. The participants asked the organization to continue the quick, anonymous, and charge-free tests of HIV/AIDS and STIs, as well as, to continue providing information on them.

The representatives of the sex worker community told that during the pandemic they were in an extreme financial crisis, as they had to be in quarantine, and thus were unable to engage in sex work. For many of them, sex work was the only source of income. It should be mentioned that there are still administrative fines for sex workers in the amount of twenty times the minimum wage, and if the same actions are taken within a year after the imposition of an administrative penalty, a fine of forty times the minimum wage is imposed.

The meeting was full of deep discussions, the participants presented all the cases they were facing, shared individual stories about how the cases of violence and discrimination against them were increasing day by day. At the end of the discussion, the participants thanked for the productive meeting by adding that together they would fight to reduce stigma and discrimination against sex workers, creating a safe, harmonious environment for them