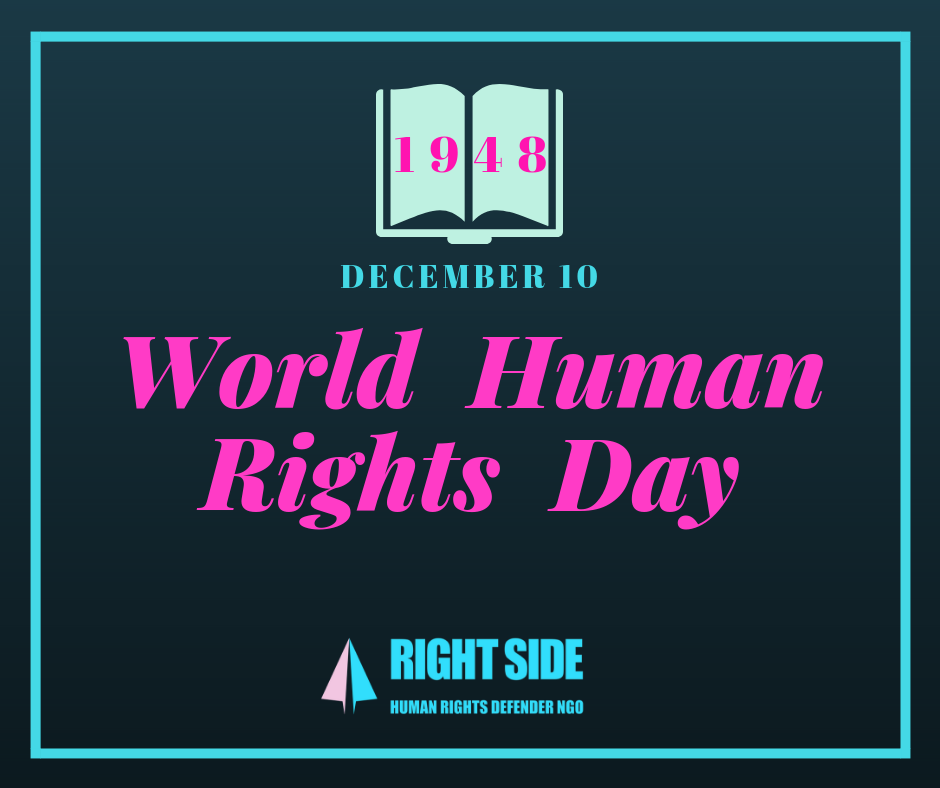 PEOPLE’S FUNDAMENTAL RIGHTS ARE NOT PROTECTED EVEN AFTER 70 YEARS

On December 10, 1948 the UN General Assembly adopted the Universal Declaration of Human Rights defining 30 fundamental human rights. As a result, the whole world celebrates December 10 as the International Day of Human Rights. Human rights and fundamental freedoms are also enshrined in the Constitution of the Republic of Armenia and in the international declarations and conventions Armenia is committed to implement.

Transgender people have been still subjected to violence, discrimination and bulling in all areas of public life, such as medical institutions, state bodies, police departments, educational institutions, sports and leisure places, using public services, housing, etc. The development of transphobia is deeply contributed because of the lack of political will to take steps to achieve equality for transgender people.

The first article of the Universal Declaration of Human Rights states that “… all human beings are born free and equal in dignity and rights “. Taking into consideration the obligations of Armenia towards its citizens, “Right Side” human rights defender NGO calls for immediate termination of all forms of violence against transgender people and to pursue a equality-oriented policy to ensure respect for the individual, respect for the citizen.