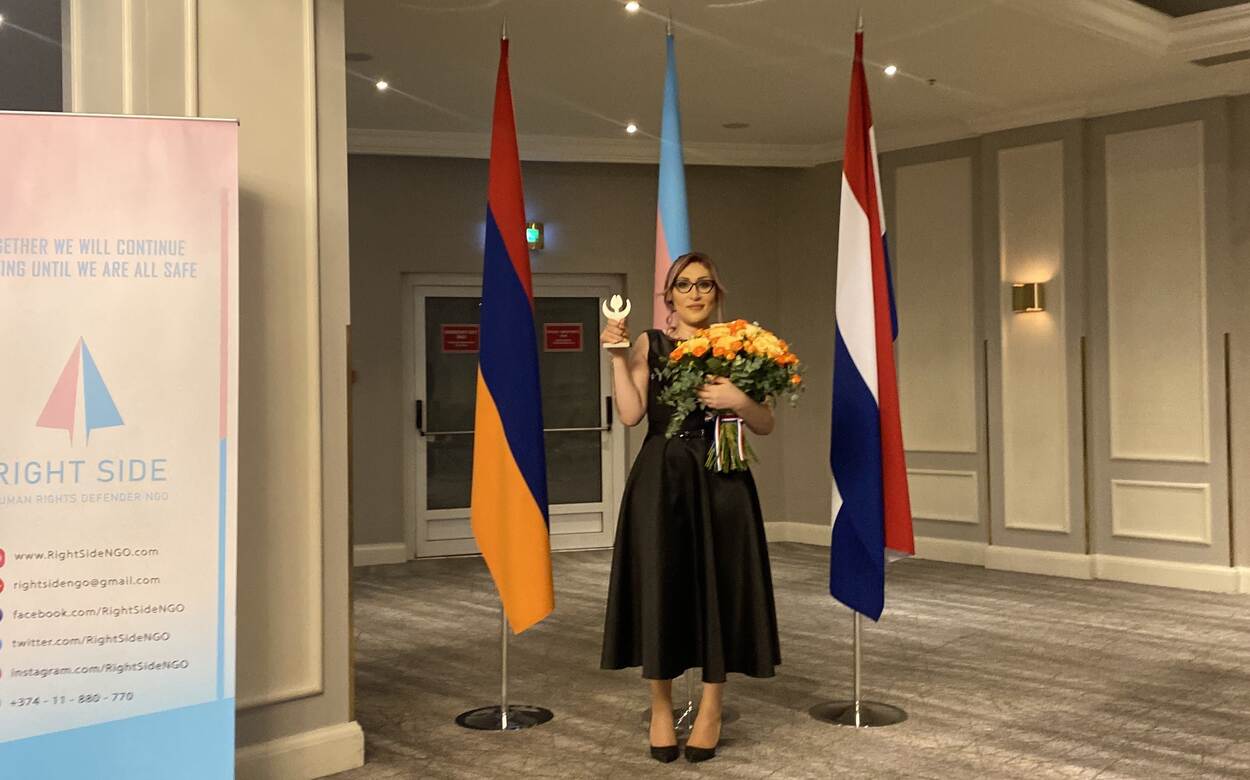 The Human Rights Tulip is an annual award of the Dutch Government to individuals or organizations that promote human rights worldwide in peaceful and innovative ways. The prize is awarded with a bronze statue and €100,000 in prize money, which the winner can use to further their human rights work.

Welcoming the guests, Minister of Foreign Affairs Stef Blok has ensured the guests that the Netherlands will continue to support vulnerable people around the world in spite of their identity, origin, color, financial status or other features, because human rights are for everyone.

Touching upon the importance of promoting democratic values in Armenia, Mr. Nico Schermers had a broad discussion with the guests and encouraged the Transgender community to be actively involved in the civic life, to raise their problems by cooperating with the decision and policy makers and address their issues with the support of national and international organizations.

Lilit Martirosyan, in her turn, expressed her gratitude to the Government of the Netherlands, Minister of Foreign Affairs, Ambassador Extraordinary and Plenipotentiary, independent jury of Human Rights Tulip and friendly people for all their endeavors aimed at promoting dignity, Transgender people’s rights and fundamental freedoms in Armenia by stating: “Now, I have a level of freedom that is unimaginable for millions of other Transgender people around the world – transgender people who live with contempt in their families, who put up humiliation by the society, who face constant contradiction, poverty, continuous segregation and discrimination, who never get a chance, whose voices are always silenced… Now, in this room we have the ability to stand up for our future, to show solidarity with others, to be a healing soul for the people in need and to help them realize their own dreams.” She underlined that as a Transgender rights activist, she is committed and will remain engaged in the protection of Transgender human rights, with the mission of ensuring their well-being by speaking out for the voiceless and by promoting justice for all of them.

This award is a great honor for the “Right Side” Human Rights Defender NGO team and for Transgender community in our country as this is another opportunity for raising their issues internationally and promoting their solution. We are certain that it paves a new path for Trans community in Armenia who will be able to speak freely about their rights and freedoms. Together we strive for not only Transgender people but also for the freedom of all vulnerable people facing discrimination cases and hatred every single day.