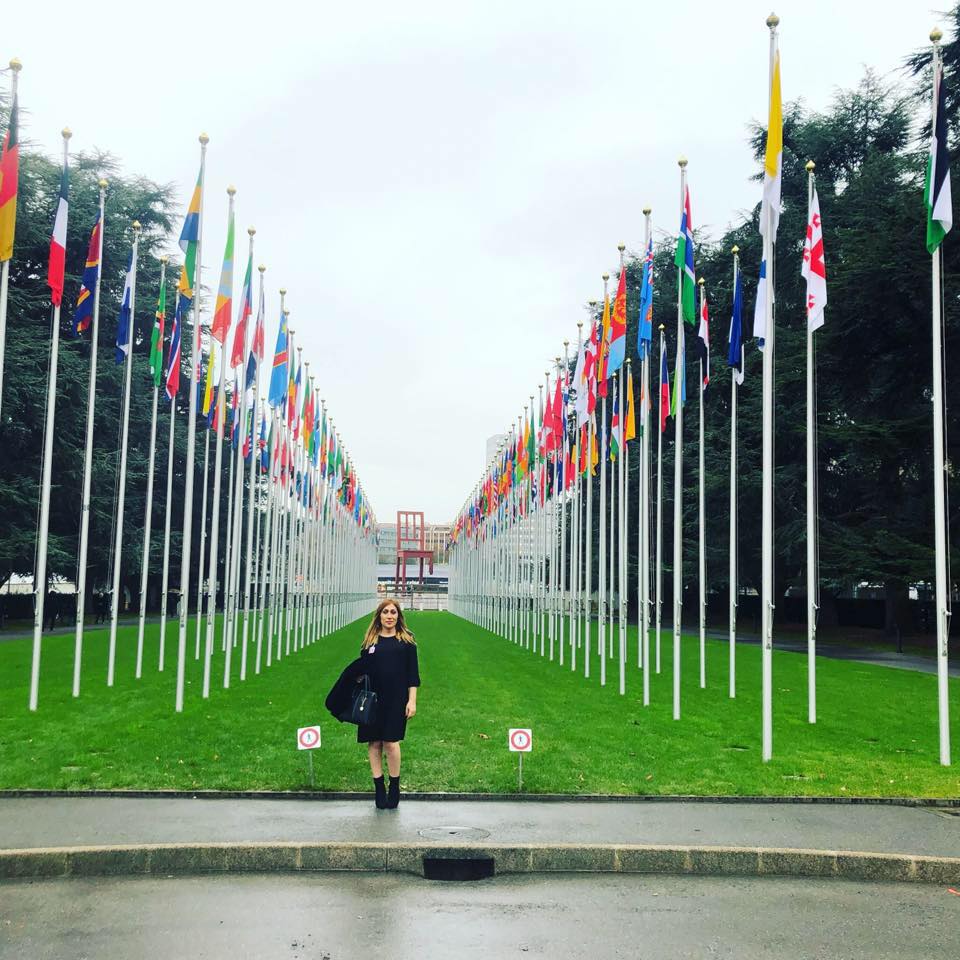 Recommendations on LGBT rights to Armenia at the third cycle of the Universal Periodic Review of the UN Human Rights Council
From December 8-12 2019, Right Side Human Rights Defender NGO President L. Martirosyan and Policy and Programs Officer A. Gevorgyan were on a mission in Geneva at the United Nations Human Rights Council headquarters based on the board of the Right Side Human Rights Defender NGO. The aim of the mission was to take part in a training course organized by the UPR Info, to present recommendations for Armenia on LGBT rights to the UN member states and to lobby at the UN Human Rights Council (HRC) during the 3rd Cycle of the Universal Periodic Review (UPR) pre-session. The purpose of the UPR pre-session was to ensure that the civil society recommendations are delivered to the recommending states of Armenia.

Right Side representatives participated in a one-day advocacy training, which included comprehensive information on all the stages of UPR advocacy, lobbying with UN member states, and providing accurate and targeted recommendations.

On the International Human Rights Day, December 10th L. Martirosyan made a video message from the HRC headquarters, urging Armenian state authorities and the society to immediately stop incitement of hatred, eliminate discrimination and violence based on sex, gender, age, nationality or any other type of character.

On December 11th, Right Side representatives participated in a UN HRC the 3rd UPR cycle pre-session, in which the Policy and Programs Officer A. Gevorgyan, along with four other civil society representatives from the Republic of Armenia, gave a six-minute speech. The speech delivered to the UN Member States, and included the situation of protection of LGBT rights in Armenia, provided information about the implementation of the LGBT recommendations and obligations undertaken by the Republic of Armenia in the previous UPR cycle.

Development and adoption of a law prohibiting discrimination based on sexual orientation and gender in the field of education, employment, health care, housing, etc., including:

Adoption of a law criminalizing hate speech and hate incitement towards LGBT people, including:

Criminalization of hate crimes based on sexual orientation and gender identity, including:

Remove transsexuality from the list of diseases according to the 11th revised version of the WHO international classification of diseases, including:

Elimination of legislative requirement for mandatory sex change (sterilization) for legal gender recognition and gender marker change in the documents, including:

It should be also noted that in addition to the above-mentioned speech, RS HRD NGO representatives had meetings and discussions with the permanent representatives to the UN of Uruguay, the Kingdom of Sweden and the Federal Republic of Germany on the situation of LGBT rights protection in the Republic of Armenia.

It should be reminded that the Universal Periodic Review of Armenia in the 3th cycle of the UPR will be conducted in January 2020. In April this year, during the national hearings in the National Assembly, after the speech of the President of the RS HRD NGO L. Martirosyan, RS HRD NGO, as a civil society representative, exercising its right to presented an alternative report to the UN HRC on the eve of the 3th round of UPR. The report included the issue of protection of the rights of transgender persons in the RA, discrimination and violence against them, as well as the issue of ensuring the safety of transgender human rights defenders in the RA.

It is also noteworthy that Armenia was elected a member of the HRC for the 2020-2022 term during the elections held at the UN General Assembly in New York on October 17, 2019. The Republic of Armenia elected to the HRC for the first time. Within its membership, Armenia will make efforts to fulfill its commitments and priorities, one of which is the protection of women’s and youth rights, the establishment of peaceful and inclusive societies.

In the coming year, Right Side Human Rights Defender NGO will closely and attentively monitor the implementation of the obligations to the international community of the Republic of Armenia and will continue to use local and international human rights protection mechanisms for the benefit of transgender persons in the RA.