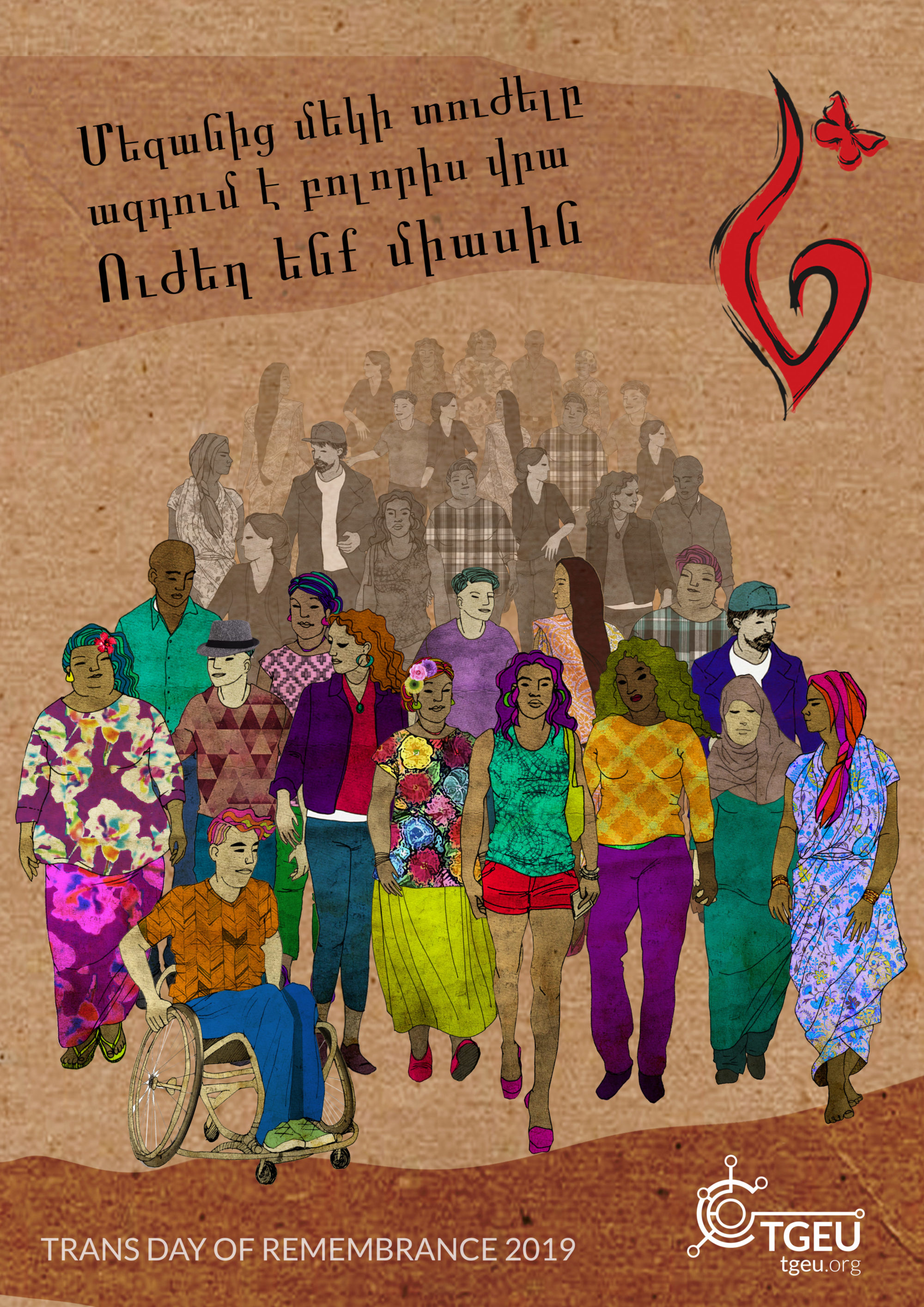 PUBLIC APPEAL IN SUPPORT OF TRANSGENDER PEOPLE IN ARMENIA

Between 2008 and 2019, 3313 trans people were killed around the world, and 330 of them were killed only between 1 October 2018 and 30 September 2019. Every year on November 20, in many countries, transgender community and their supporters unite to remember the victims of transphobia and demand gender equality. While many countries in the European region are constantly doing reforms to ensure equality for transgender people, Armenia is not still fulfilling a number of its responsibilities. Transgender people in Armenia are the target of unacceptable political debates, systemic discrimination, and oppression, which is manifested in physical and psychological violence and discrimination in employment, health care, education, and all other areas of public life.

Given the state’s ineffective anti-discrimination policy, community members’ trust in governmental institutions is low. Transphobic statements and political initiatives by politicians and, in some cases, public officials, deepen the hatred and intolerance towards transgender people. Being unaccepted by the public, the inactivity of the state system, especially of the Police, makes transgender people unprotected and homeless, and the atmosphere of hatred filled with death threats forces transgender people to leave the country.

Right Side Human Rights Defender NGO will continue to closely monitor public and political developments and use all domestic and international human rights protection mechanisms for the full affirmation of the equality of transgender people.