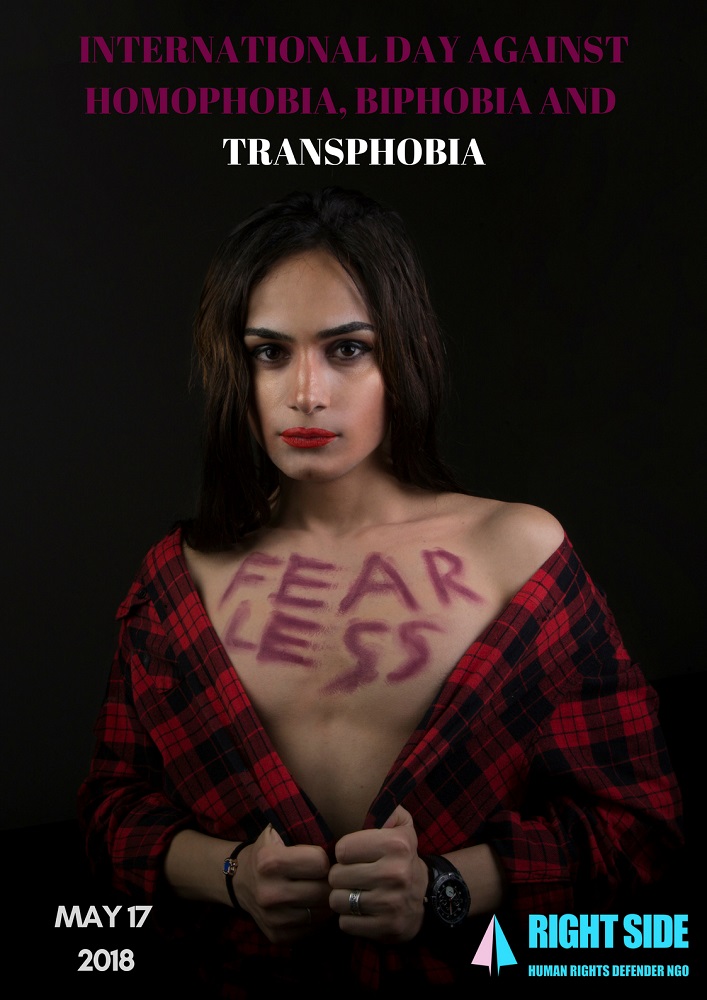 May 17th is the International day against Homophobia, Biphobia and Transphobia.
Unfortunately, trans people still face discrimination, violence and stigma in all aspects of their life, in Armenia every day, because of their gender identity and expression. Trans people do not have equal opportunities and means to access to education, to labour market, to healthcare, equal marriage etc. Trans people face discrimination, get bullied and are victims of hate speech, stigmatization and violence starting from school. In last two years “Right Side” human rights defender NGO has documented more than 100 cases of gender-based hate crimes. Just this year we had two cases of violent attacks on trans women, in both cases the victims were heavily injured. In addition, some mass media , representatives of civil society and some politicians promote and spread transphobia violence and hate towards trans people. Fundamental freedoms and rights of trans people, such as freedom of movement, right to education, right to found a family are restricted because of the gaps in legislation regarding hate crimes, discrimination, legal gender recognition, hormone replacement therapy and gender reassignment surgeries. These problems marginalize trans people from the society and very often trans people feel isolated, because of the bullying, hatred and discrimination.
“Right Side” human rights defender NGO urges to all state bodies, political parties, civil society representatives, mass media and other interested parties to show civic and political will to undertake appropriate legal, social, educational and healthcare reforms to ensure the well-being and equality of trans people. Trans people are equal citizens of Armenia, and they have all the rights and freedoms as other citizens. Trans people should live in an environment of love and solidarity. We believe that in a country, which went through a revolution and is on the paths of democracy, there is no place for stigma, hate and discrimination.