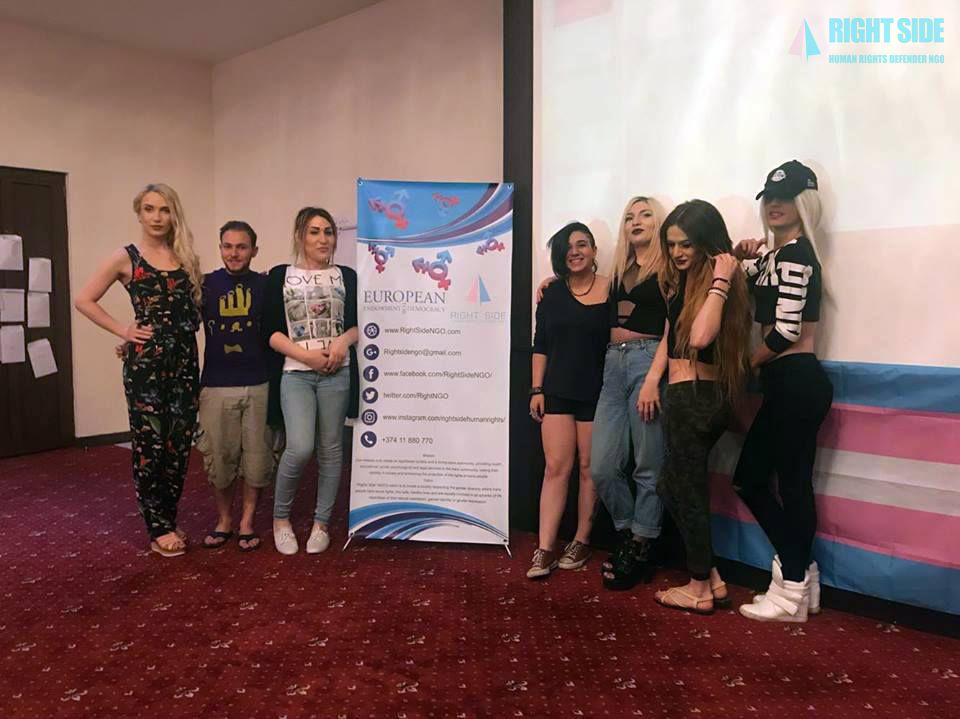 From 26th to 30th of August 2017 “Right Side” human rights defender NGO organized first trans* camp in Armenia. trans* people and trans* activists were participating in this camp. Aim of the camp was to promote human rights protection and democracy, through the consolidation of trans community in Armenia. Very important and necessary topics were discussed during the camp such as, hormone therapy and sex change which hosted “Right Side” human rights defender NGO’s president Lilit Martirosyan, gender identity and sexuality which hosted NGO’s politics and programs officer Ashot Gevorgyan, human rights which hosted NGO’s lawyer Ani Vardanian, and many other topics. According to the camp participants, it took place in a friendly environment, in an informal format, which contributed to the formation of the camp. This camp contributed to the consolidation of the community, the elimination of internal transophobia, and raised the trans* community’s visibility, and even some of the participants were deprived of their own transophbia. This camp was a platform where problems of trans* community were raised and future solutions to those problems were discussed. For the first time in Armenia, a camp was organized for the trans* community, participants expressed a wish that such events should be continuous and that this would not be the last camp for trans* community.
A special thanks to our donor organization, “European Endowment for Democracy” (EED), due to their financial support “Right Side” human rights defender NGO, was able to organize this camp, which contributed to the development of the trans* community’s capacity.