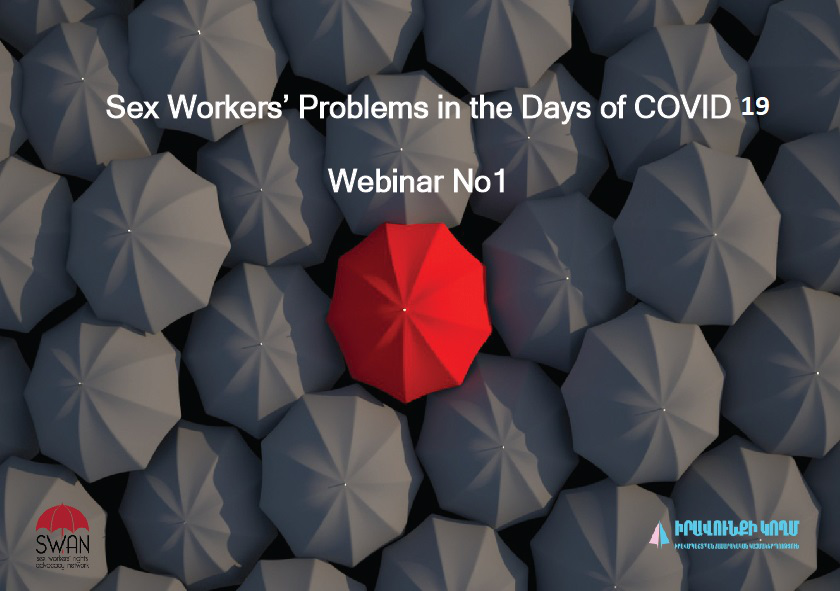 Sex Workers’ Problems in the Days of COVID-19

On July 2, the Right Side Human Rights Defender NGO, with the support of the Sex Workers Rights Advocacy Network in Central and Eastern Europe and Central Asia (SWAN), conducted the first webinar concerning to sex workers’ problems in Armenia.

The webinar was conducted by Lilit Martirosyan, the Founder and President of the Right Side Human Rights Defender NGO.

The themes discussed during the webinar were maximally up-to-date and tailored to the sex workers’ needs and scope of interest. The discussion was focused on the issues like the impact of COVID-19 on sex workers in the country, social-structural determinants of health and health-care access among sex workers in Armenia, and the key actions that the state and other stakeholders could take to ensure access to health care services.

The discussion was heated, as many of the sex workers in Armenia were unemployed and lacked state support, which would allow them to buy food and hygiene items, which in turn could lead to a number of serious health problems. And because a number of sex workers were living in the regions, they often faced problems with access to quality healthcare services as well as discriminatory treatment, the most interesting topic to them was the major steps they could take to reform the health care system.

Afterwards, the sex workers were given a question and answer session, during which they asked their questions and received comprehensive answers.

At the end of the webinar, the participants thanked to the organizers for discussing such an important topic and expressed their readiness to participate in the webinars to be organized in the near future and to disseminate the acquired knowledge among the community members.