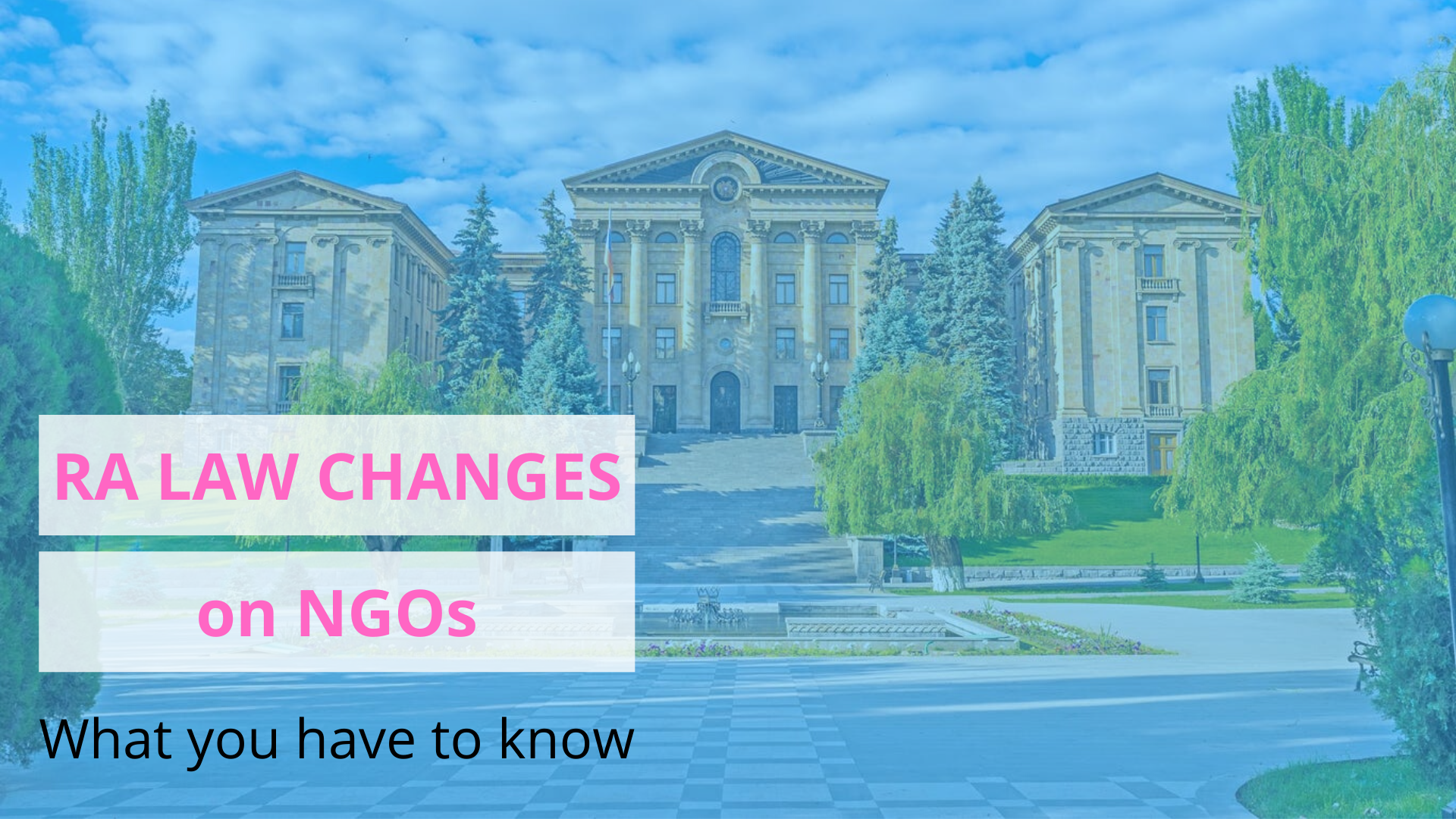 THE CONCERN OVER THE RA LAW ON NON-GOVERNMENTAL ORGANIZATIONS

Right Side Human Rights Defender NGO expresses its concern over the recent amendments to the RA Law on Non-Governmental Organizations adopted by the National Assembly of the Republic of Armenia, according to which from now on all the non-governmental organizations will report on their funds, whether they are from public or private organizations.

In particular, it is worrying that the publication of the projects implemented in an intolerant atmosphere towards LGBT people in Armenia, donor organizations and other data may lead to the spread of hatred and cause a new wave of persecution towards LGBT rights defender organizations, their beneficiaries and volunteers. Needless to say, that after Lilit Martirosyan’s (President of the Right Side Human Rights Defender NGO) speech at the RA National Assembly last year, Lilit Martirosyan, numerous threats were publicly made against the President of the NGO and LGBT people, and numerous demonstrations and showings of hatred were held in the country. Although our organization regularly reports on its projects and resources on its official website, submitting a report on a public platform such as the website of the State Revenue Committee of the Republic of Armenia can be worrying for the security of the members and beneficiaries of the NGO.

Moreover, our organization has been recently forced to postpone its planned event and move to another location taking into account the fact that a number of people have been informed about the event and publicly threatened the organization, at the same time mentioning that our organization looks for some political interests and being funded by European or other international organizations pursues illegal goals.

Meanwhile, the Right Side Human Rights Defender NGO is an organization registered and operating in accordance with the law, and its goals do not contradict the RA Constitution and laws.

The main mission of the organization is to protect the rights and legitimate interests of LGBT people and their integration into society as its full members.

Needless to say, that in January 2020, during the winter session of the Parliamentary Assembly of the Council of Europe (PACE), the Assembly adopted a report presenting the results of the monitoring mission in the countries under monitoring in January-December 2019, the 3.2 point of which the Assembly expressed its concern over the ongoing challenges in the field of justice, in particular, independence, impartiality, ongoing intolerance and negative stereotypes of the Armenian society towards LGBT people and other minorities.

In such conditions, the amendments to the law will jeopardize the rights of the organizations and individuals dealing with the LGBT rights in a democratic society, and there is no guarantee that it will be possible to prevent new manifestations of hatred and threats.

Taking into account the above-mentioned facts, the Right Side Human Rights Defender NGO urges the deputies of the RA National Assembly, in particular the “My Step” faction: