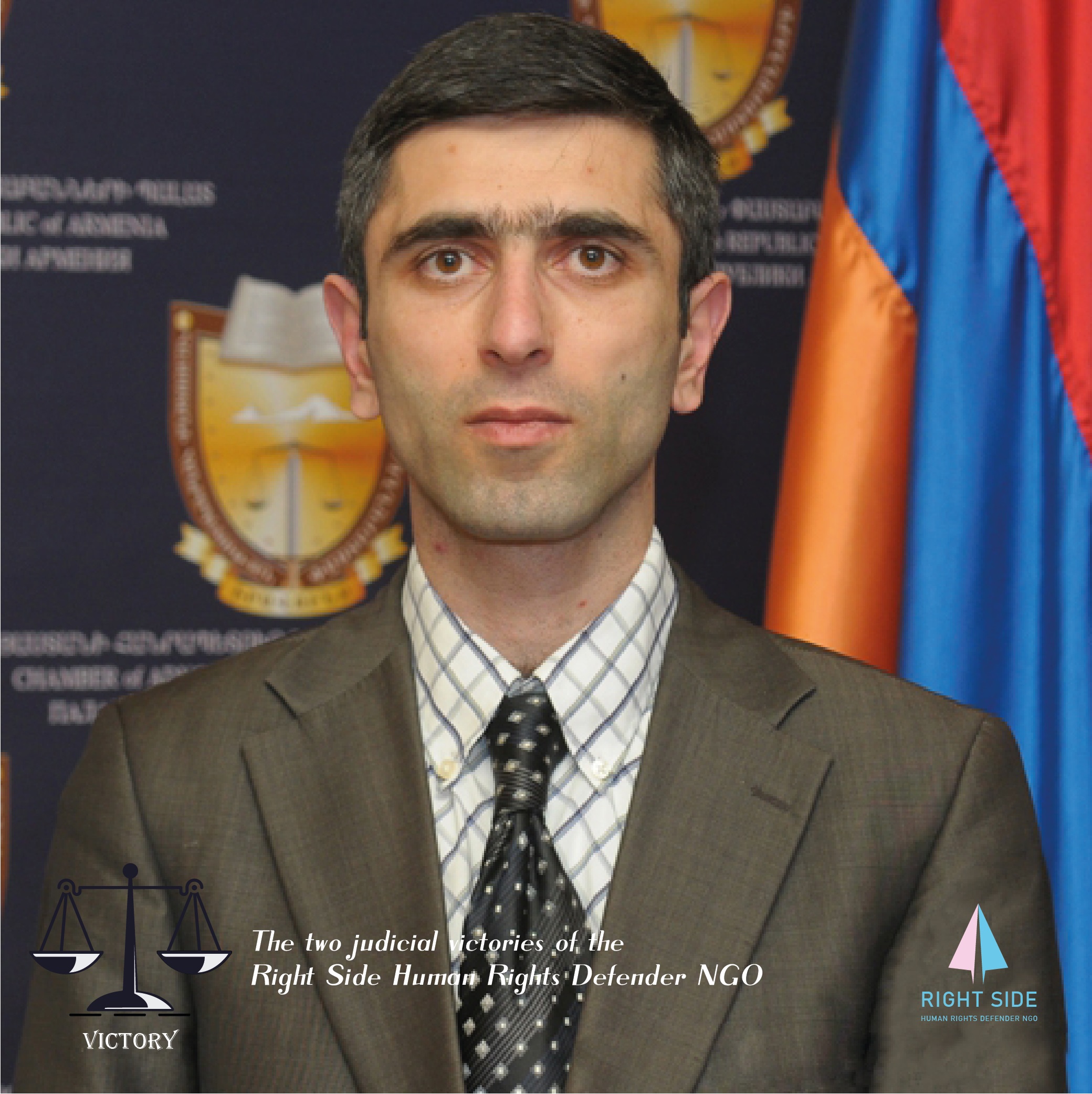 1․ M. O. had applied to the “Right Side” Human Rights Defender NGO, asking for assistance in litigating the fine imposed by the police for allegedly violating the rules of quarantine in the state of emergency, the police imposed a fine of AMD100,000, and then it was changed to a fine of AMD 10.000.

A lawsuit was filed with the RA Administrative Court by the “Right Side” Human Rights Defender NGO lawyer, demanding the annulement of the fine imposed on the M. O. by the Central Department of the Yerevan City Department of the RA Police.

The RA Administrative Court, considering the claim, decided to uphold it in full and the fines imposed on M.O. were declared invalid by a decision of 10th of December 2020.

2.Transgender A.Q. applied to the “Right Side” Human Rights Defender NGO in 2019 stating that in January-February of the same year a person had taken AMD 6,000,000 from him and refused to return it.

Examining the case and the available evidence, a lawsuit was filed by the “Right Side” Human Rights Defender NGO lawyer, it was required to oblige to confiscate the amount of debt and interest as an amount of unjust enrichment.

After a year of litigation, the First Instance Court of General Jurisdiction of the City of Yerevan upheld the lawsuit and AMD 6․000․000, as well as the interest calculated under Article 411 of the RA Civil Code and other damages were decided to be confiscated from A.K. in favor of A.Q. by a decision of 28th of December 2020.