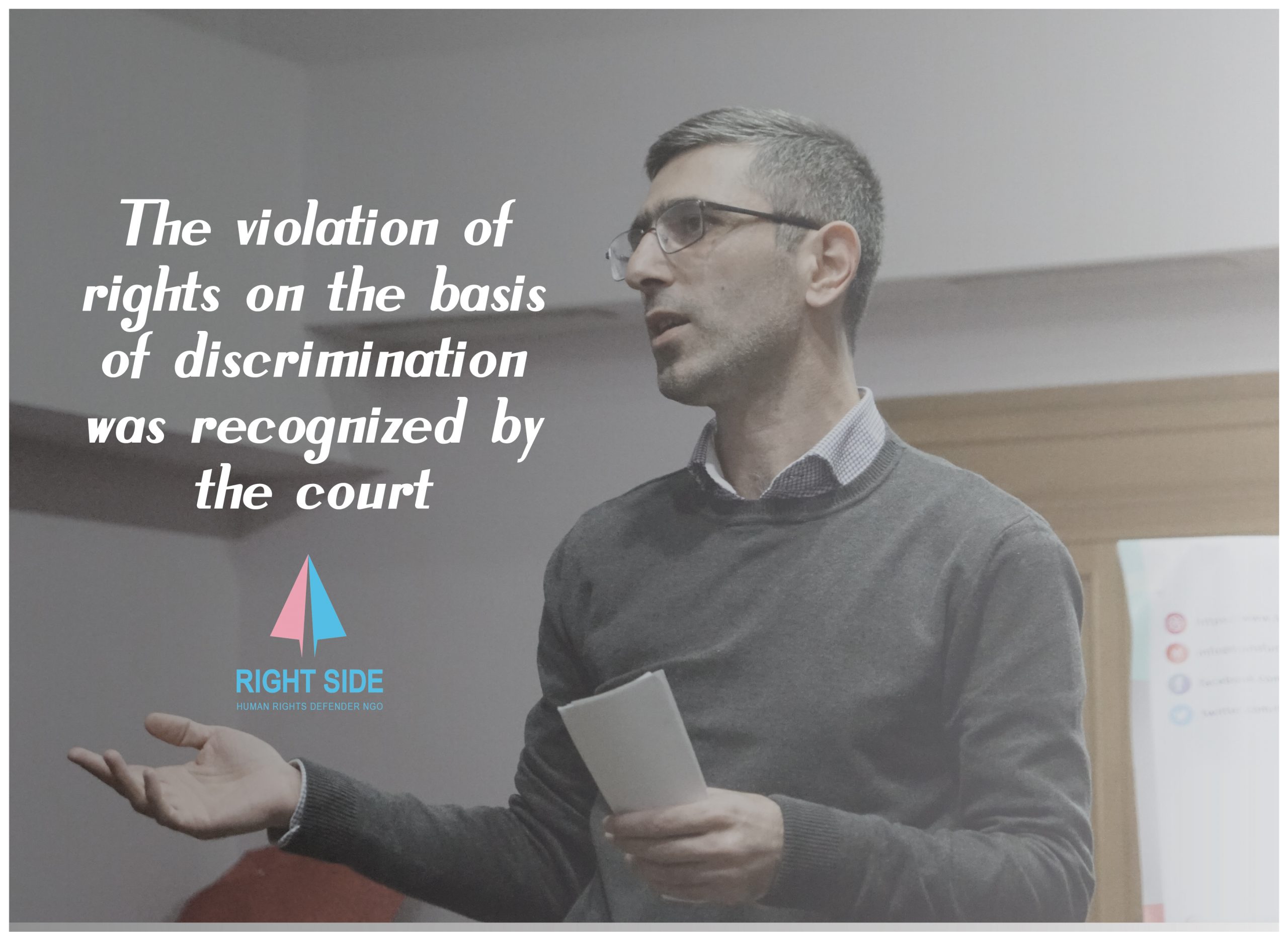 In June-August 2018, Transgender N.A. and M.S. as well as M.E. attended the “Mali” sports club operated by PE Liana Safaryan and located at 21 Koryun Street, Yerevan.

In August 2018, Liana Safaryan announced that they could no longer visit her sports club to train, as they were transgender people and were not allowed to enter the club.

In September-October 2018, the Right Side Human Rights Defender NGO sent letters to Liana Safaryan asking her to inform us about the reasons for banning transgender people from training at the sports club; however, for various reasons she refused to give legal grounds for the ban.

After that, the lawyer of the “Right Side” HRD NGO applied to the court, asking to recognize the violation of the rights of transgender people on the basis of discrimination.

After a trial of about two and a half years, the court rendered a fair judicial act, recognizing the violation of the rights of N.A., M.S. and M.E. on the basis of discrimination on 18th of March 2021.

In the judgment, the court particularly stated that: “It was substantiated by the specific facts of the case that the Plaintiffs were discriminated against, as they were treated in a different manner from other clients within the same legal status, in particular, they were deprived of the right to visit the club and the rights arising from the service transaction with the Respondent. Consequently, the Court came to the conclusion that the case had proved the fact that the Respondent violated the Plaintiffs’ rights solely on the grounds of sexual orientation and (or) gender identity, and prohibited the Plaintiffs from using the services of the “Mali”  sports club solely on the basis of discrimination.”