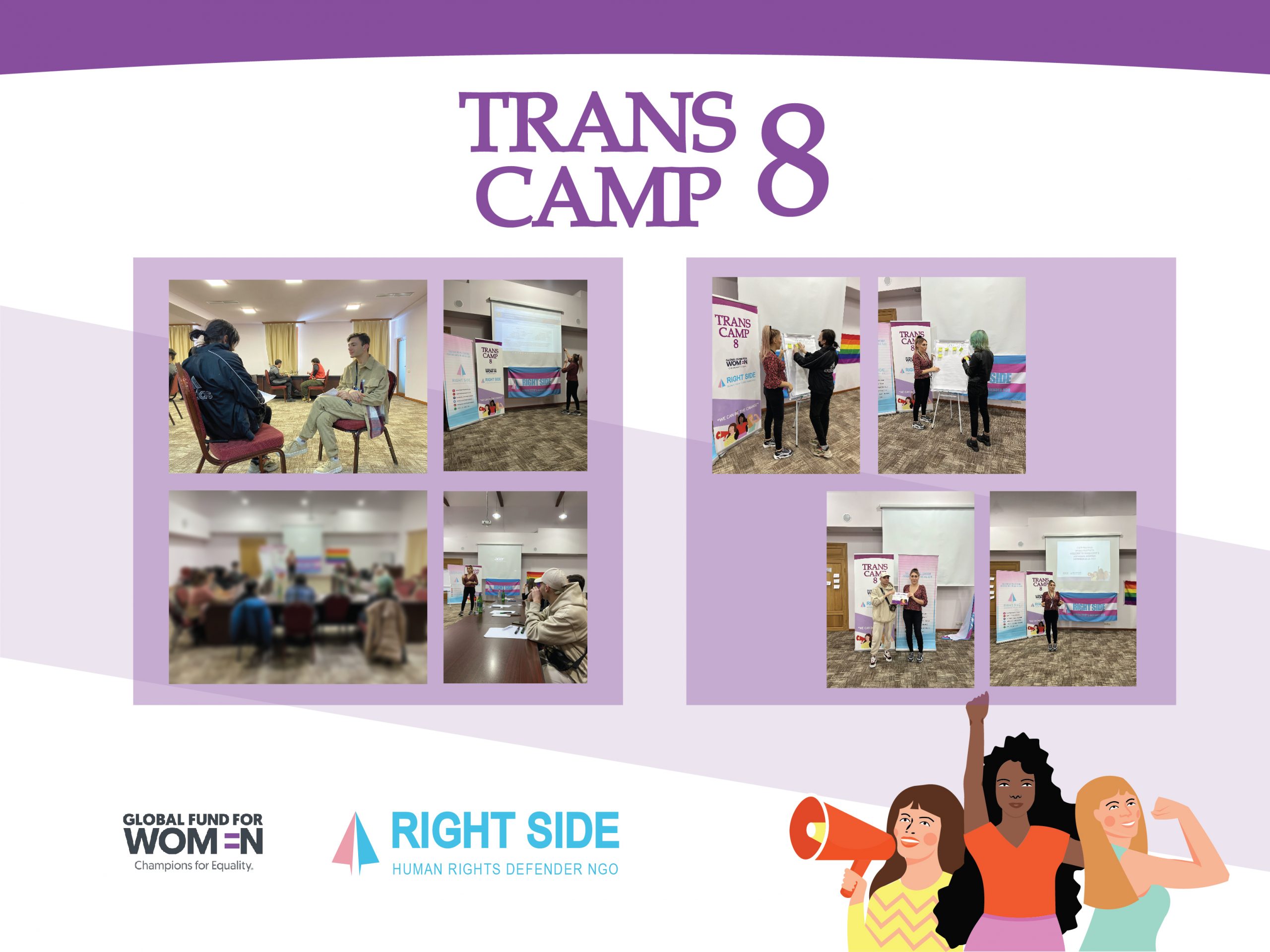 Trans Camp 8 was organized from December 20 to 23 of this year, which brought together TRANS LGBIQ activists living in Yerevan and different regions of Armenia.

The aim of the training was to promote the capacity building and empowerment of TRANS LGBIQ people, improve the level of community involvement in the socio-cultural and civic environment, enhance their safety in both the family and the society, raise the awareness of TRANS LGBIQ people by providing community members with new knowledge and skills that would enhance their well-being and secure life.

The official opening of the Camp was made by Lilit Martirosyan, the President of the NGO, who congratulated all the participants on their election, noting that the opportunity should be used to be educated, to become stronger, to be an activist in Armenia, to discover available resources and to be involved in protecting the community interests. Then, she added that over the years, the Camps had been playing a very important role in educating hundreds of TRANS LGBIQ people, sex workers, their parents and supporters, who had used and were using the knowledge they had gained to reduce stigma and discrimination around them.

At the end of the camp Lilit Martirosyan had a closing speech, handed over certificates, thanked all the participants for their active participation, then added that the Right Side Human Rights Defender NGO, being the first Trans organization in Armenia and in the Caucasus, would spare no effort to implement a number of legislative reforms for the benefit of TRANS LGBIQ people so that the community members could live a secure and prosperous life.

“The years have proved that TRANS camps should be continuous, every time I take new information with me and use it to make my life better, I thank the organization for the opportunities given to me and all of us.”

“TRANS camps have already been expected for all of us, we are looking forward to the applications to fill in, to participate, they give us new knowledge, during the camps we get to know each other, exchange our experience and knowledge; thank you for giving me another opportunity.”

“I have not received so much new knowledge, information neither at school, nor at university, this was a database of new knowledge for me, I thank all the organizers who do all this to strengthen us all.”

“The topics were chosen correctly and in a targeted way, I knew almost nothing about the judicial system. I have learned how to make the right lawsuits. I have learned about a number of rights that will help me be more protected in different institutions, thank you.”

The Trans Camp 8 was funded by the Global Found for Women.