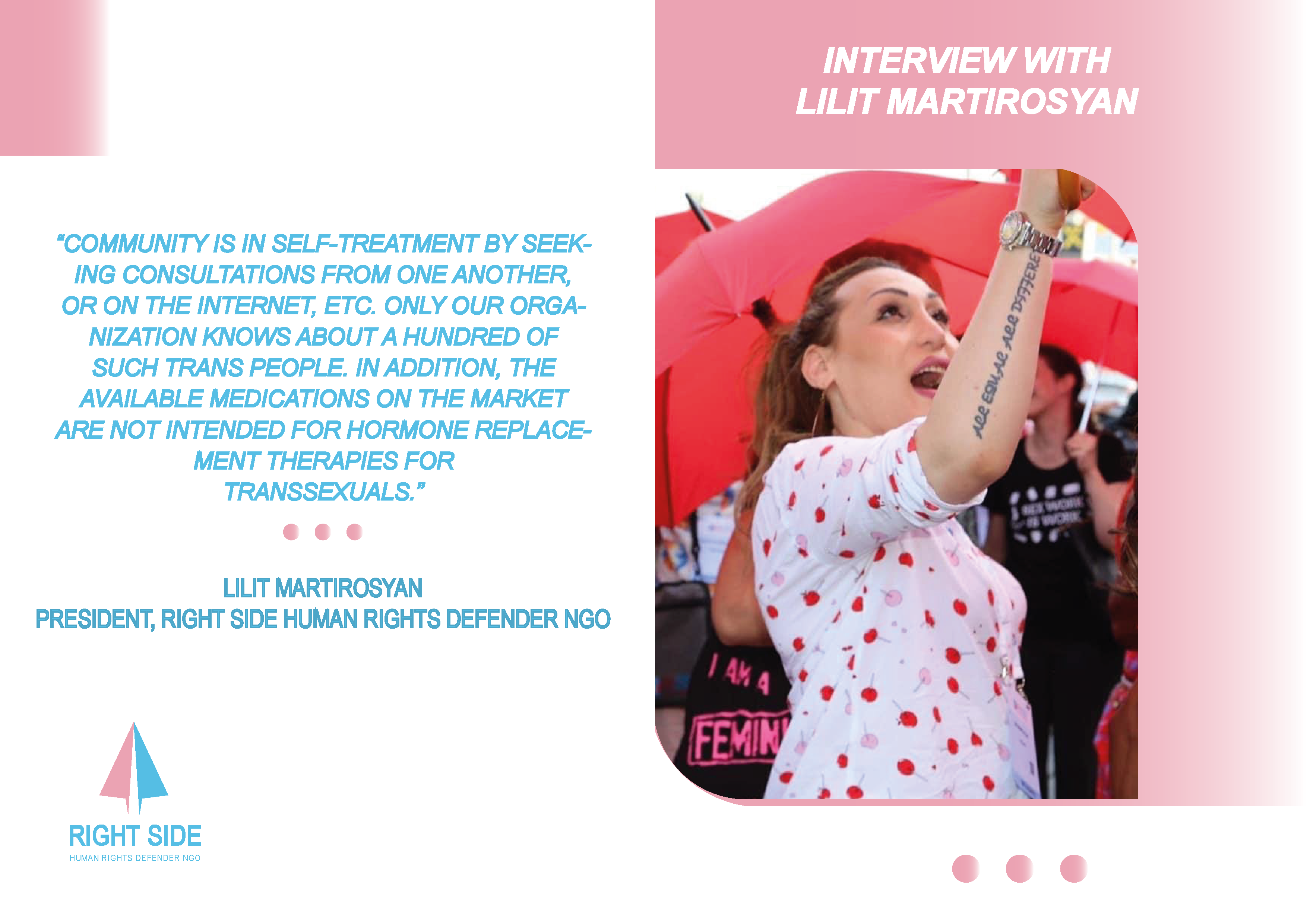 The global healthcare system has experienced considerable development in recent decades, and in recent years there has been constant talk of healthcare reforms in Armenia. The topic of daily discussion in the political, media and social spheres is the quality of healthcare, funding, availability and accessibility of targeted services to different vulnerable groups. In this article, we have tried with the president of “Right Side” HRD organisation – Lilit Martirosyan to briefly review the obstacles in the healthcare of transgender people, to understand the possible solutions to overcome them.