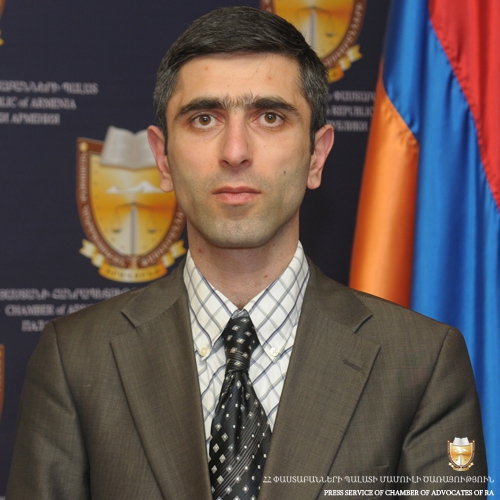 After the speech of the transgender woman in the RA National Assembly on April 5, 2019, we did not wait long for the public, as predicted it was mostly negative, but there were cases when the audacity of some representatives of the society exceeded all predictable and unpredictable limits.

Lilit Martirosyan, the president of Right Side NGO applied to law enforcement bodies several times to be protected from threats and harassment and to prevent the disclosure of her personal information. We talked to lawyer Arthur Margaryan about these and other legal cases. Arthur Margaryan is representing Lilit Martirosyan in a number of court cases.

Mr. Margaryan, could you please say whether there were any threats reported to the police after Lilit Martirosyan’s speech in the Parliament and if so, how many reports have been submitted and in what stage are they today?

-Yes, after Lilit Martirosyan’s NA speech there was definitely a need to worry about her physical and psychological well being and safety, and that is why Lilit Martirosyan filed a police report on the threats. The police declined the initiation of a criminal case, mentioning the threats were not real. According to the Police, people expressed the people’s free opinion and resentment. We are currently in the court appealing  the rejection of the criminal criminal case.

There is another case about insult in the Yerevan City Court of General Jurisdiction for insulti, when once again the irates.am website called Lilit Martirosyan was “perverted” after her speech, a civil case was filed for public apology with a claim for compensation.

Mr. Margaryan, what kind of obstacles you face, while representing Trans or LGB persons rights?

– The main obstacles arise with the police and investigative authorities when they refuse to pursue or delay the process even if there is sufficient evidence and obvious crime, based on the SOGIE of the victim.

Have you ever experienced or faced any obstacles with the court ?

-No. The court usually moves in its normal course of action if the case is in the court already. Still with the main obstacles arising from the investigation stage: the police and the investigative body.

We conclude from a conversation with a lawyer, despite the fact that a number of NGOs and public institutions in Armenia are fighting for democratic society and universal equality in Armenia, however, the relevant authorities and law enforcement bodies do not have sufficient political will to properly address LGBT issues and act in line with