On 25th January 2022, the Right Side Human Rights Defender NGO organized a roundtable discussion entitled “The solutions to the problems of transgender people in Armenia”, as well as presented the book “Let Me Be Me”. 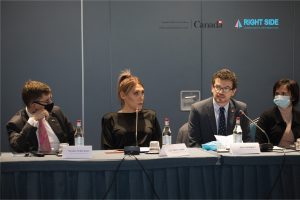 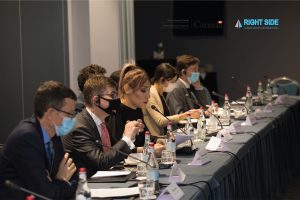 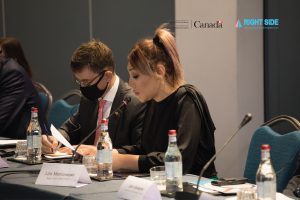 The meeting was officially inaugurated by Lilit Martirosyan, the Founder and President of the Right Side Human Rights Defender NGO, who on behalf of the NGO and herself warmly greeted all the attendees of “The solutions to the problems of transgender people in Armenia” roundtable discussion. She expressed her gratitude to The Canadian Fund for Local Initiatives for supporting the organization over the past two years, for its significant contribution to the capacity building of the Trans LGBIQ community, for promoting the protection of the rights of the community, as well as she acknowledged the full involvement of the Embassy of the Netherlands in Armenia in various processes of the protection of the rights of trans people. In her speech, Ms. Martirosyan noted that the organization’s activities are aimed at promoting the social inclusion of the members of the Trans LGBIQ and sex worker communities in all the spheres of life, the best way to achieve which is socio-cultural and legal changes.

Ambassador Extraordinary and Plenipotentiary of the Kingdom of the Netherlands Nicholas Schermers followed Lilit Martirosyan’s speech by speaking about the importance of improving the rights of the Trans LGBIQ community in Armenia and ensuring their dignified life, expressed the willingness of the Embassy of the Netherlands to take up the cause. During the roundtable discussion on LGBTQI + issues, US Deputy Chief of Mission Chip Laitinen stressed that democracy is strong if it is inclusive, and then referred to the recently launched Global LGBTQI+ Inclusive Democracy and Empowerment (GLIDE) Fund. Ambassador Extraordinary and Plenipotentiary of the United Kingdom of Great Britain and Northern Ireland to the Republic of Armenia H.E. Mr. John Gallagher stated in his speech that the UK supports the protection of LGBT+ rights, highlighting that the UK would host its first ever global LGBT+ conference in June, aimed at promoting equality and improving the safety of LGBT+ people around the world. The Ambassador confirmed that the UK would be encouraging governments and civil society to take concrete steps to protect LGBT+ people and support human rights defenders. All the diplomatic representatives warmly greeted the representatives of the Trans LGBIQ community, human rights activists, praised the activities of the Right Side Human Rights Defender NGO, presented their observations to take the necessary steps, and expressed their willingness to cooperate with the NGO for the protection of the Trans LGBIQ community, improvement of their rights, establishment of democracy and dignified life without stigma and discrimination. 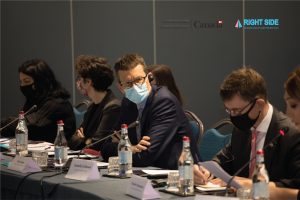 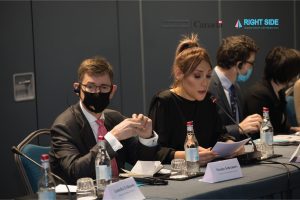 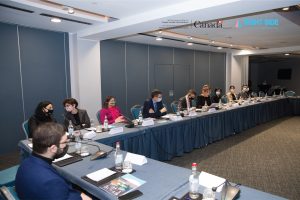 Continuing the meeting, Arthur Margaryan, the Lawyer of the Right Side Human Rights Defender NGO presented the cases of violation of transgender people’s rights in Armenia during the course of 2021, he spoke about the cases in criminal proceedings, investigative bodies and the police. He noted that in 2021, the Organization provided legal assistance to its beneficiaries by providing consultations both in the office, and through online communication.

Margaryan presented the victories of several legal cases, which were registered in 2021, he singled out that for the first time in Armenia the court had recognized the violation of the rights of LGBTQI people on the basis of discrimination. Summing up his speech, Arthur Margaryan made a number of recommendations to the Police, the media, politicians, the Government, the NA deputies, and the Ministry of Health. 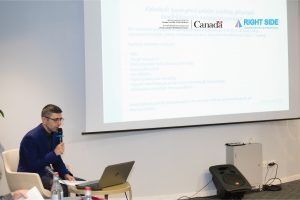 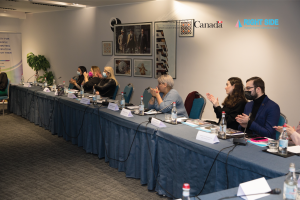 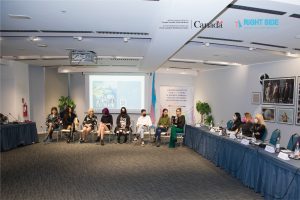 A number of representatives of local non-governmental organizations made a speech during the discussion by emphasizing the importance of unity and cooperative effort to solve the problems of the Trans LGBIQ people.

The presentation of the book “Let Me Be Me” took place in the second part of the meeting: through a panel discussion, the book’s characters shared their personal experiences of discrimination based on their gender identity and/or sexual orientation, stigma, hate speech, violence, and persecution they were facing at almost every turn. The heroes of the book thanked the organization for raising their issues and ensuring their visibility. It should be noted that the book has been developed by the Right Side Human Rights Defender NGO with the financial support of the Canada Fund for Local Initiatives (CFLI). The book reflects real cases of stigma, discrimination, hate speech, and hate crimes against the Trans LGBIQ, sex worker community living in Armenia. 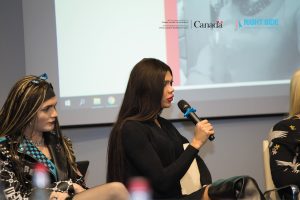 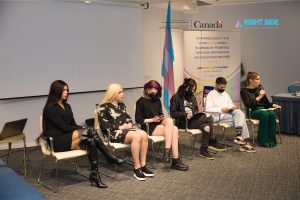 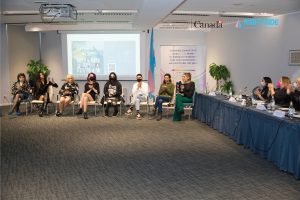 Summing up the meeting, Lilit Martirosyan thanked all the diplomatic representatives, non-governmental organizations, representatives of the Trans LGBIQ community, and their allies for being by the side of the organization, fighting for equality and justice.

The roundtable was funded by the Canada Fund for Local Initiatives (CFLI).